Jeremy Clarkson says food prices should be ‘double what they are’ 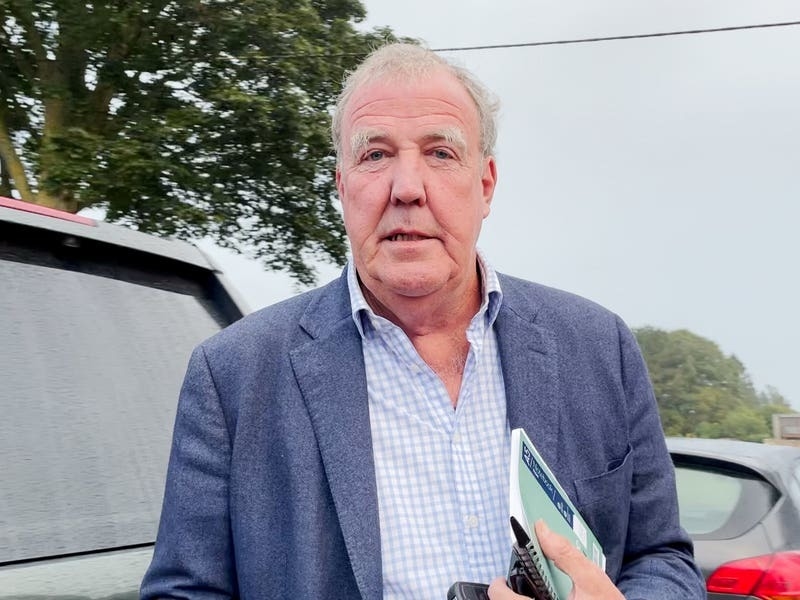 Jeremy Clarkson has said people in the UK “do not pay enough for their food” amid the cost-of-living crisis.

The 62-year-old broadcaster bought an Oxfordshire farm in 2008 which was run by a local villager but after he retired in 2019, Clarkson decided to see if he could run it himself.

His attempts were documented for Amazon Prime TV series Clarkson’s Farm which won plaudits for its cinematography coupled with the lovable group of staff unafraid to tell the TV presenter when he is being useless, and also charted the difficulties faced by farm workers during the Covid-19 pandemic.

Appearing on The News Agents podcast, Clarkson told presenters Emily Maitlis and Jon Sopel that he believes food prices should be double what they are.

Maitlis, who joined the BBC in 2001 and presented Newsnight from 2006 until earlier this year, said: “So Jeremy Clarkson says prices should go up?”

Clarkson replied: “Yeah, they should. They should be double what they are, you know to get out and do that sort of work.”

He said he is “acutely conscious” that raising interest rates is adding to the hardship faced by millions of households and businesses amid the cost-of-living crisis.

Clarkson’s full interview will be available on The News Agents podcast this evening on Global Player.