Stormzy explains why he won’t be the next James Bond 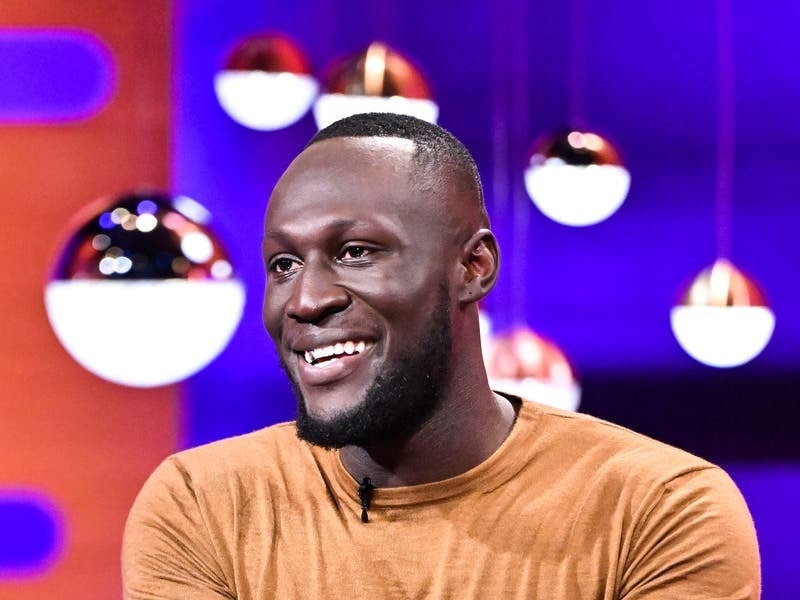 Stormzy said he wouldn’t make a good replacement for Daniel Craig as the next James Bond because he is a “rubbish actor”.

The British grime star, 29, appeared on The Jonathan Ross Show alongside actress Kate Hudson who spoke about working with 007 actor Craig in their upcoming Knives Out sequel.

Hudson, who is the daughter of actress Goldie Hawn, said: “He’s so funny. His physical comedy. I was really surprised how comedic he is in his body. He’s quite goofy. I didn’t know Daniel at all and I only know him through his Bond films. He’s so great.”

Later, he spoke of filming romantic scenes for his Hide And Seek music video. He said: “Me and the team said it needs to be a high standard actor. I’m a rubbish actor.

“The idea of me going on set with someone that’s awkward and I’m awkward. We got Saffron (Hocking) in and she’s a true professional. She made me really comfortable and led the whole thing.”

Stormzy then asked Hudson: “When I see sex scenes I’m like, ‘How do you lot do that?’ Of course it’s your job but as your average punter, it looks extremely difficult. Can there be arousal, everyone’s thought it!”

Hudson replied: “Interesting question. I think it’s so mechanical and there’s so many people around. Usually they close the set and you kind of have to talk it out and the boys wear belts.

The singer also spoke of his recent trip to see pop megastar Adele perform at her postponed Las Vegas residency, which opened last week at The Colosseum venue at the Caesars Palace hotel.

Stormzy said: “That was amazing. Honestly, probably the best show I’ve ever seen and I’ve seen a lot of shows. In terms of the intimacy of it. It was very like, you’re in there but it’s like a small theatre but it’s f***ing Adele.

“It’s got all the glitz and glamour like a massive arena show, but it’s in a small place and it’s kind of like, wonderful. Beautiful and spectacular and glamorous. I was like, chefs kiss.

“I’ve always been a big fan. She came to my London show and I was very, very starstruck. Extremely starstruck. I remember I was like, ‘Can I hug you? Oh, can I hug you again?’ I probably asked about three or four times. She’s lovely.”

When asked if he’d like to duet with Adele, he laughed: “Come on man, know what I mean. I wish, I wish…there’s leagues and levels Jonathan. Are you f***ing joking?”

Stormzy also spoke of his recent encounter with Taylor Swift at the 2022 MTV Europe Music Awards (EMAs), after she reigned supreme winning four of the top gongs.

After the ceremony, she celebrated her successful night with the grime star who shared a selfie on Twitter showing them posing together as Swift clutched a glass of wine, captioning the post with a love heart and an emoji face welling up with emotion.

He said: “I met Taylor, she’s lovely. She’s amazing. She was just so lovely. We all left and looked at everyone like, ‘How f***ing nice is she?’ We spoke for like an hour, she was lovely, had advice, you know when you’re just kind of like, ‘Ah, you’re just amazing.’ I’m a fan though.”

The British rapper also spoke about the video for his recent single Mel Made Me Do It, which features a host of famous faces including musicians Little Simz and Dave, sporting stars Usain Bolt and Ian Wright, author Malorie Blackman and football manager Jose Mourinho.

He revealed the star that “got away” was seven-time world F1 champion Lewis Hamilton.

“Really wanted Lewis Hamilton, legend. He was right in the middle of the season so that weren’t going to work,” he added.