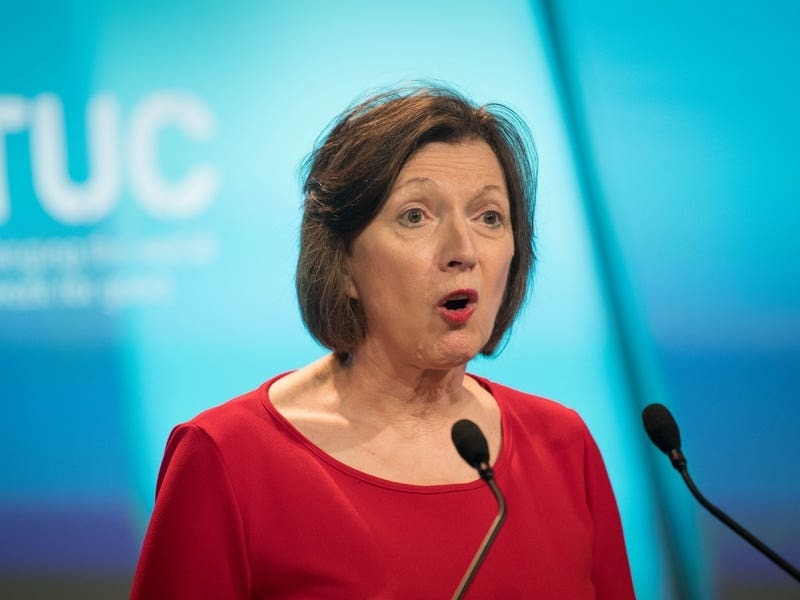 Unions are stepping up calls to tackle the “huge problem” of the gender pension gap after a study suggested that in many industries women have workplace pensions worth less than a fifth of male colleagues.

The TUC dubbed Thursday ‘gender pensions gap day’, when it estimated that women pensioners start getting paid because retired women effectively go for four and a half months each year without getting a pension.

The TUC said the average pensions income gap between women and men is 38%, adding that in many industries women have workplace pensions worth less than a fifth of male colleagues.

The union organisation called on the Government to “urgently fix” pensions auto-enrolment and invest in childcare to improve retirement incomes for women.

It added that gaps in pensions auto-enrolment mean employers do not have to enrol low-paid workers into a workplace pension.

TUC general secretary Frances O’Grady said: “Women face a whopping pension gap, and at current rates of progress, it could take more than 50 years to close.

“Too many women are paying the price in retirement for taking time out of work or cutting back their hours when their children were small.

“Ministers must act now, or we will consign more generations of women to poverty in retirement.

“We need to fix our pension system so that all women can benefit from a workplace pension with decent contributions from their employer, regardless of how much they earn.

“We must invest in childcare. Caring responsibilities are one of the key drivers of the pensions gap, and the gender pay gap. Making childcare cheaper is a vital part of our economic recovery and essential for enabling mums to stay in work.”

TUC president Sue Ferns, deputy general secretary of the Prospect union, added: said: “It’s shocking that we’re almost halfway through the year before we’ve reached the equal pensions point – how can it be right that women pensioners earn almost 40% less than men?

“It is time for the Government to acknowledge the huge problem of the gender pension gap and start doing something about it.”

A Government spokesperson said: “Automatic enrolment has helped millions more women save into a pension, with participation among eligible women in the private sector rising from 40% in 2012 to 86% in 2020 – equal to that of men.

“Our plans to remove the Lower Earnings Limit for contributions and to reduce the eligible age of being automatically enrolled to 18 in the mid-2020s will enable even more women to save more and start saving earlier.”