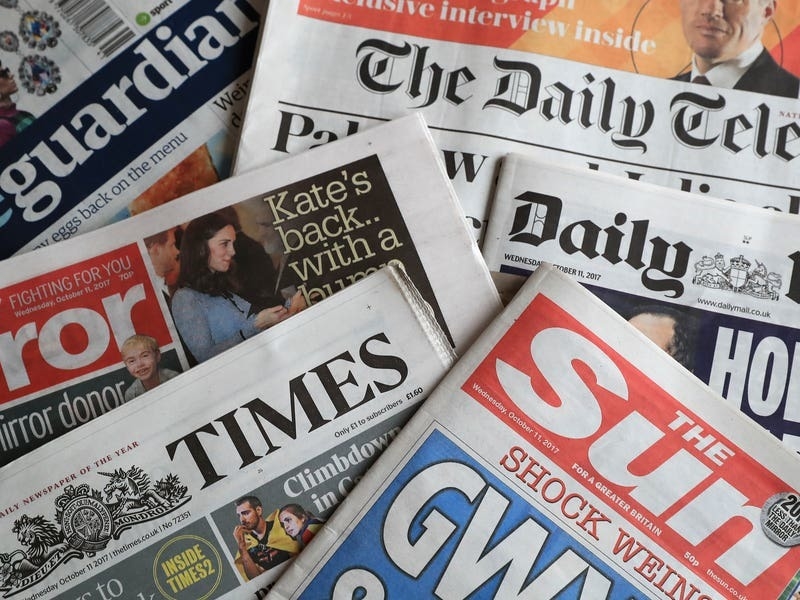 The Foreign Secretary tells The Daily Telegraph she wants to see Ukraine’s neighbour Moldova “equipped to Nato standard” to guard it against potential Russian aggression.

The Daily Express says the royal family are providing accommodation to Ukrainian families who have been forced to flee their homeland.

Returning to Liz Truss and The Independent reports the Foreign Secretary will meet with a top Democrat on Saturday as tensions mount over the UK’s controversial plans to overwrite parts of the Northern Ireland Protocol.

The i weekend has the Prime Minister and Chancellor facing a Cabinet revolt over their failure to commit to a “consistent message on the economy”, with the Daily Mail reporting a poll which shows Boris Johnson must handle the rising cost of living or lose the next election.

The Daily Mirror calls Rishi Sunak the “fatcat Chancellor” as it says he and his wife Akshata Murty have made The Sunday Times Rich List – or, as the Daily Star refers to it, the Rish list – with a £730 million fortune.

The Guardian reports police leaders are set to apologise and say they are “ashamed” of alleged “discrimination and bias” within their ranks.

Wall Street slumped into a “bear market” – in which benchmark indices drop 20% or more from a recent high –  on Friday as fears over economic growth and inflation sparked a sell-off, according to FT Weekend.

And The Sun says a Yorkshire father-of-two has left his partner for a Ukrainian refugee the pair took in.