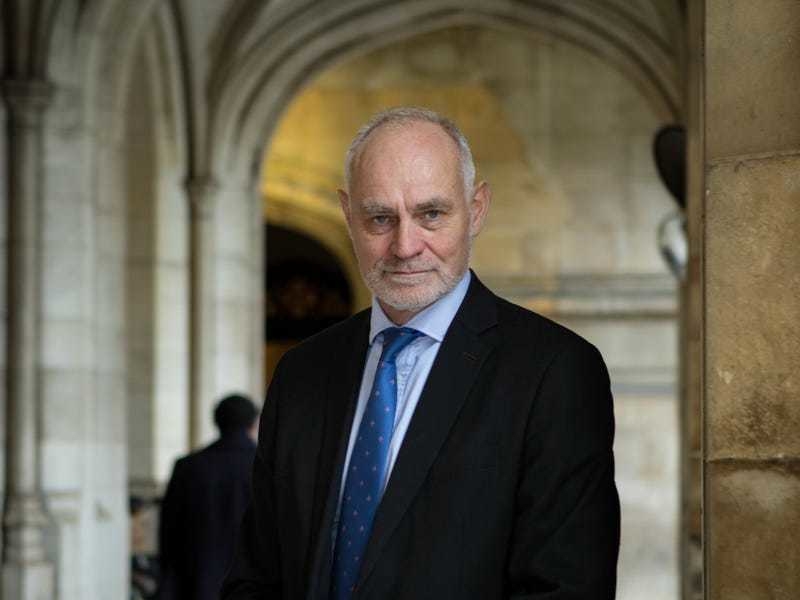 A former justice minister has reiterated his controversial defence of ex-Tory MP Imran Ahmad Khan, who was found guilty of sexually assaulting a teenage boy, arguing the disgraced politician did not get a “fair trial”.

The Conservative Party condemned Crispin Blunt’s views as “wholly unacceptable” as the Tory MP for Reigate doubled down on his belief Khan had been wrongly convicted.

Last month, Mr Blunt removed a post from his website and Twitter feed in which he had claimed Khan was the victim of a “dreadful miscarriage of justice”, after the former Wakefield MP was found guilty of sexually assaulting a 15-year-old boy in 2008.

He offered his resignation as chairman of an all-party parliamentary group (APPG) on LGBT issues following protests from MPs over his comments.

But in a new interview with BBC One’s Politics South East programme, he stood by his earlier defence of Khan, who was thrown out of the Conservative Party following the verdict and later resigned.

In response to Mr Blunt’s latest comments, Steve Reed, Labour’s shadow justice secretary, said the MP should have the whip removed if the Tories had “any respect for victims of sexual abuse”.

A spokesperson for the Conservative Party described Mr Blunt’s views as “wholly unacceptable” while a whips office source said it is expected all Tory MPs respect court judgments.

“And so this issue, then, arising for me is … his conviction. And I don’t want to … I saw what happened (at the trial). I remain totally convinced.”

Mr Blunt admitted he did not attend the whole trial, but said: “I know what decisions were made within the trial, which meant that, in my judgment, he did not get a fair trial or anything remotely like that.”

Pressed on whether he still believes that now, he said: “Yes, I do.”

Mr Blunt also said he was not present in court for the witness evidence.

Asked if he therefore thought he knew more than the jury, he said: “Yes inevitably, because quite a lot of the trial was conducted without the jury being present.”

On what he would say to people who were upset by his stance, Mr Blunt said: “Of course, the justice process is not complete, because … Imran has the opportunity to appeal the conviction.

“And I remain very confident that a justice system worthy of the name will restore his good name.

“The victims … who have been victims of sexual assault will obviously have felt immensely strongly about the nature of my statement. But it is perhaps (in) the nature of some of my politics … to seek to make the case … for people whom others won’t.”

Earlier this month, the MP for Reigate announced he would stand down at the next election.

A jury at Southwark Crown Court took about five hours to decide Khan, 48, was guilty of sexually assaulting a teenage boy.

Khan is formally appealing against the conviction. He is due to be sentenced on May 23.