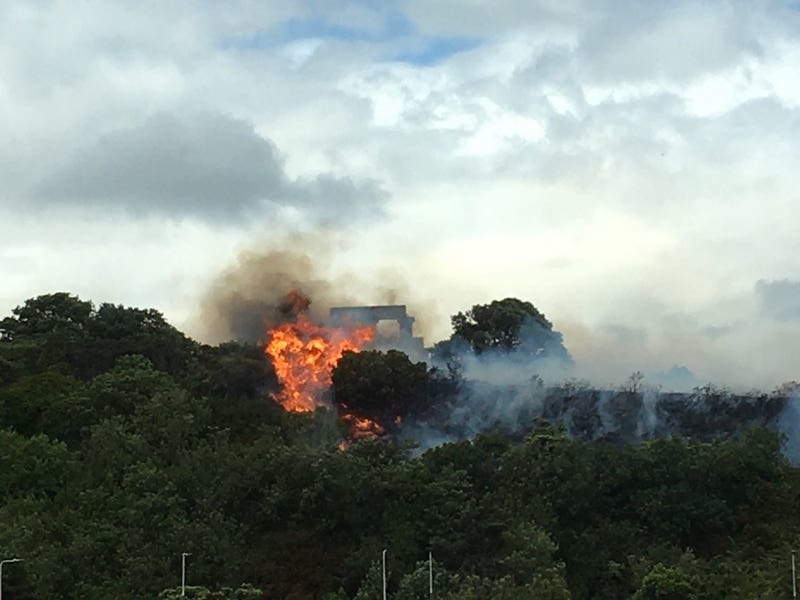 Firefighters are tackling a wildfire at an Edinburgh city centre landmark.

Four fire engines went to the scene at Calton Hill when the alarm was raised at 3.15pm on Sunday.

There were no reports of any injuries.

“Wishing all the best to the emergency services at the scene.”

Calton Hill is home to a number of historic monuments, including the National Monument which was inspired by the Parthenon in Athens.

It was meant to commemorate Scottish servicemen who died in the Napoleonic Wars but was never finished and only has twelve columns.

The Nelson Monument and the City Observatory are also situated on the hill.