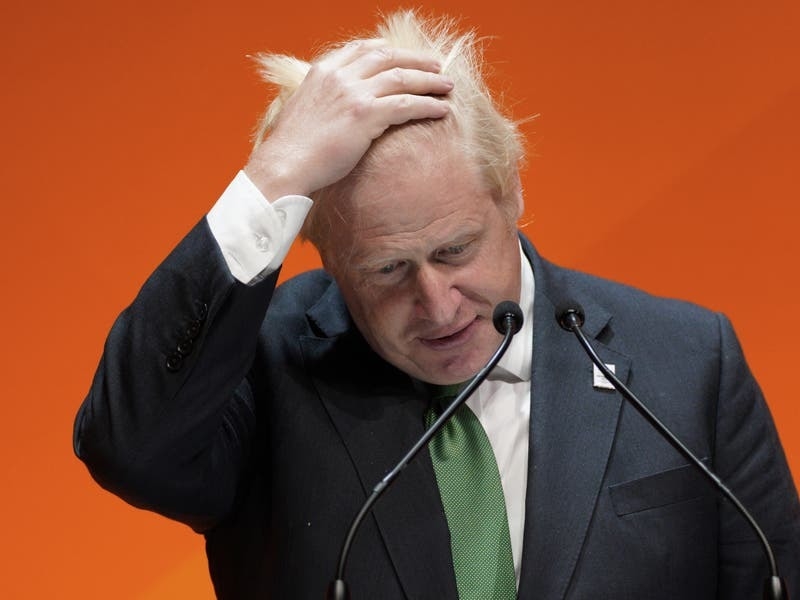 Tory allies of Boris Johnson have accused a committee of MPs investigating whether he misled Parliament of conducting a “vengeful and vindictive” “witch hunt”.

Although he is due to leave No 10 in less than a month, the Commons Privileges Committee is going ahead with its inquiry into whether the Prime Minister committed a contempt of Parliament by misleading MPs with his partygate denials.

Culture Secretary Nadine Dorries, one of Mr Johnson’s staunchest supporters, on Sunday tweeted: “If this witch hunt continues, it will be the most egregious abuse of power witnessed in Westminster.

“It will cast serious doubt not only on the reputation of individual MPs sitting on the committee, but on the processes of Parliament and democracy itself”.

Lord Goldsmith, who was given a life peerage and a ministerial job by Mr Johnson in the wake of voters dumping him as the MP for Richmond Park in 2019, tweeted: “The Partygate probe is clearly rigged.

“It is a jury comprised of highly partisan, vengeful & vindictive MPs, nearly all of whom are already on the record viciously attacking the person they are judging. It is an obscene abuse of power.”

In response to Ms Dorries’s comment, Labour MP Chris Bryant said: “Let’s talk about abuse of power such as illegally suspending parliament or doling out peerages to donors or tearing up the rules to protect Owen Paterson.

“The real abuse of power would be suspending an inquiry to protect your mate”.

Mr Bryant recused himself from chairing the inquiry after publicly criticising Mr Johnson.

Ms Dorries and Lord Goldsmith shared a Mail on Sunday article that claimed the committee’s original investigation was to establish whether the Prime Minister had intended to mislead MPs, but that it was broadened to find out whether he did so intentionally or unintentionally, after he said he had inadvertently done so.

However, a spokesman for the Privileges Committee said: “There has been no change to the rules or to terms of reference.

“The initial report published by the committee is about process. The background paper on contempt was prepared by a senior clerk of the House of Commons. All clerks are strictly politically impartial.

“The report also publishes the advice from distinguished former Court of Appeal judge Sir Ernest Ryder. The committee has published this material as part of its commitment to transparency”.

They added that the inquiry will set out to answer whether the House was misled; if so, whether that was a contempt; and if so, how serious that contempt was.

The issue of whether MPs were deliberately misled could arise under the latter two steps of the investigation.

The Covid law-breaking parties in Downing Street were among the scandals that forced Mr Johnson’s resignation as Tory leader, and his successor will become the next prime minister in September.

But the committee’s investigation threatens to further tarnish his legacy and could impact his future as the MP for Uxbridge and South Ruislip.

If he is found to have lied to Parliament, Mr Johnson could face a suspension from the Commons for 10 or more sitting days and a recall petition, which, if signed by 10% of his constituents, would trigger a by-election.

The MPs on the committee intend to call Mr Johnson to give oral evidence in public in the autumn, under oath.

The Prime Minister has also been ordered to hand over a cache of documents to them.