What the papers say – September 30 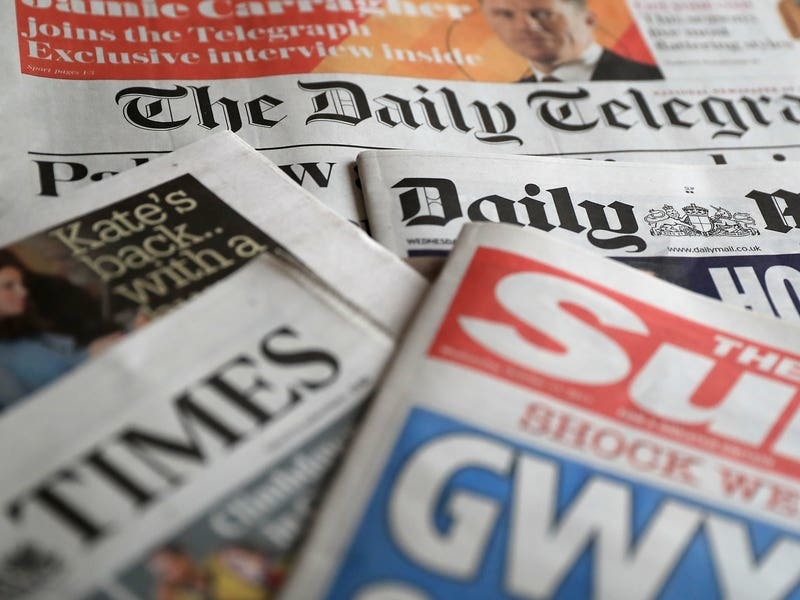 The papers conclude the working week with coverage of the Government’s tax cut plans, after the Prime Minister emerged for a round of interviews to defend her and the Chancellor’s mini-Budget.

The Guardian reports Liz Truss and Kwasi Kwarteng will meet with the head of the Office of Budget Responsibility on Friday over the current “fiscal chaos”.

Benefits are set to be curbed to fund the mini-Budget, according to The Times and The Daily Telegraph.

Metro and The Independent have Labour leading the Tories by as much as 33 points in the polls as the PM insists she will not change her economic course.

The i says the Conservatives fear an electoral “wipeout” after three weeks of Ms Truss in No 10, with the Financial Times reporting Mr Kwarteng has called on his party to unite.

The Daily Mail cites Margaret Thatcher regarding Ms Truss’ refusal to shift her position, saying she is “not for turning”.

“Truss makes crisis even worse” following a round of radio interviews, says the Daily Mirror, as it unveils the new £5 coin which is “soon to be worth about 50p”.

The Queen died from old age, the Daily Express reports, based on the late monarch’s recently issued death certificate.

The Daily Star says scientists have warned artificial-intelligence robots could cause a disaster “as bad as a nuclear war”.

And The Sun leads with a photograph of Fern Britton’s ex-husband Phil Vickery sharing a “lingering public kiss” with Lorraine Stanton, who the paper describes as Ms Britton’s “best pal”.