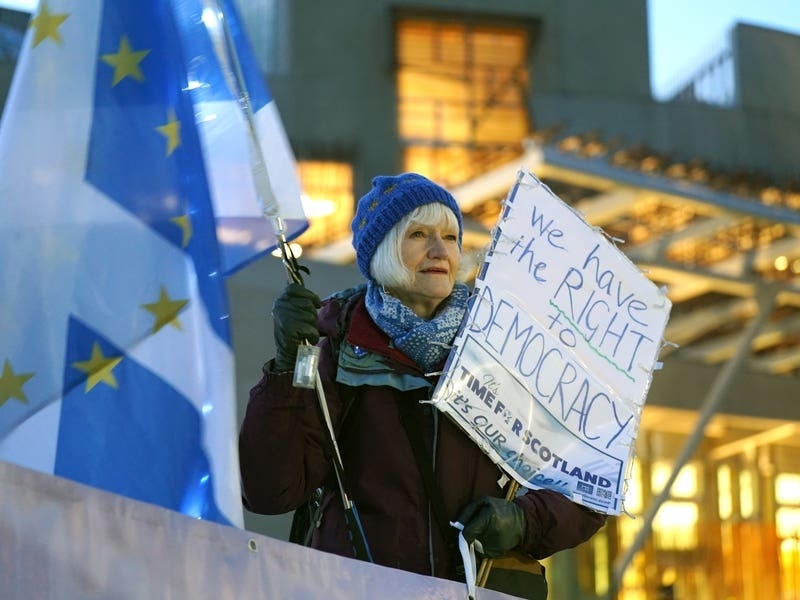 The Supreme Court ruling on independence will see the Yes movement reach “new heights” – not shut down the debate, the SNP’s depute leader has said.

The party had hoped to hold a vote on the constitutional issue in October 2023, however the court’s judgment that the Scottish Parliament needs Westminster approval for a legal referendum has put the brakes on the date.

Keith Brown, who has served as the SNP’s depute since 2018, said the ruling will only intensify the demand for independence.

Mr Brown said: “It also laid bare the duplicity of the Westminster parties who are flagrantly breaching their own pledges to the people to respect Scottish democracy.

“But if those same parties think that this week has ended the debate on Scotland’s future, they couldn’t be more mistaken.

“It is a movement which will hit new heights by galvanising public opinion in every city, town, village and community the length and breadth of the country.

“It is for those parties to justify to the people why they now believe they can so arrogantly renege on those pledges.

“They should stop running scared of democracy and of a referendum they so clearly fear they would lose.

“The SNP will never give up on democracy and we are more determined than ever that democracy must and will prevail.”