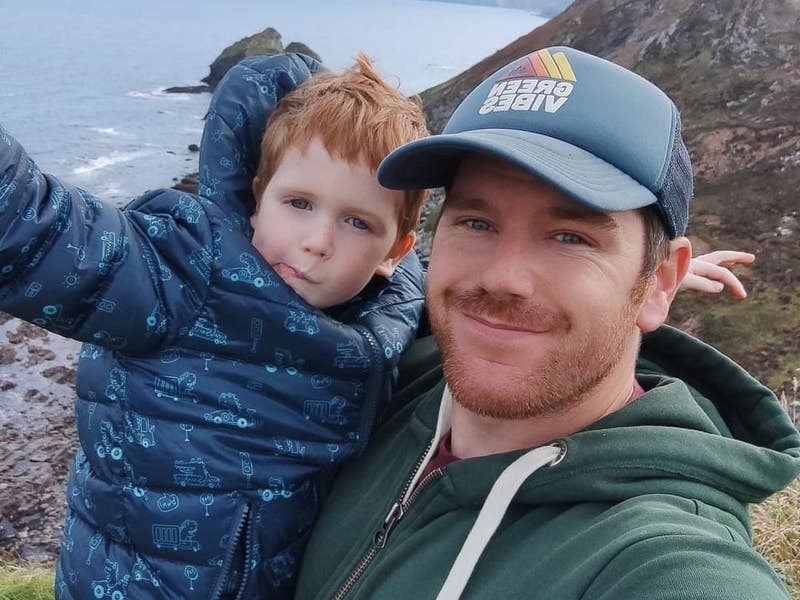 A carer from Cornwall whose family was supported by a food box company when the pandemic affected his working hours is now raising money for his local food bank – by dancing to Toto’s Africa for 24 hours straight.

Dean Pascoe said he and his family were “struggling” when a friend brought over food boxes after Covid had shortened the father-of-three’s working hours.

Mr Pascoe has now raised more than £1,200 on GoFundMe for Camborne, Pool and Redruth (CPR) Food Bank while he prepares for a day of non-stop dancing and nearly 300 loops of Toto’s classic pop hit.

“I’ve loved the song since I was a kid and as an adult, Africa by Toto has kind of become a little funny obsession amongst me and my friends,” the 34-year-old told the PA news agency.

Mr Pascoe’s day-long disco is inspired by his experience as a carer during 2020’s first lockdown, when the pandemic had restricted his income.

“It affected all my hours… And a friend knew me and my family were struggling a little bit, (so) he dropped a couple of food boxes over a period of two or three weeks and I realised it was such a weight off my family’s mind – not having to worry immediately about food and things like that,” he explained.

“CPR Food Bank is massively used down here – it shouldn’t be, but (I am) really glad it’s there. After experiencing that, I felt I could do something to raise a bit of money.

“My mates are going to pop in and dance with me, I’ve got a friend’s band that’s going to come and play for an hour or so – obviously just covering Africa over and over until they get bored of it, which probably won’t take that long.”

The venue has even offered a full DJ kit and projector for Team Pascoe to livestream the event.

“I felt 5pm is quite a good time to start, because I can get plenty of sleep before it in the day – I’m going to sleep until the last possible moment,” he said.

“A few friends have said they’ll come in and buy (me) a pint and I’m like, ‘yeah, I think I’ll just stick to the water and energy drinks at 2am’.”

Mr Pascoe admitted he will be brushing up on his moves in preparation for the event.

“I’ve got a few dance moves lined up in the locker and I’ll learn a few, but it’s mainly a slow song – a swayer I think. A lot of swaying going to happen for 24 hours.”

“She’s buzzing, she’s going to join me at the start and end.”

“It’s one of those things that sounds like a very jokey thing at first, but when you think about it you go, ‘Right, that’s actually quite full on’,” he added.

Mr Pascoe praised the community for their support of the “absolutely fantastic” CPR Food Bank.

“(Camborne) is one of the poorest parts of the UK, so you can see the food bank is needed,” he said.

“Everyone has rallied round, which is really sweet.

“I’ll have to have a detox of (Africa) for a few years after, I think,” he added.

To donate to Mr Pascoe’s GoFundMe, go to: www.gofundme.com/24hr-africa-by-toto-danceathon-for-cpr-foodbank