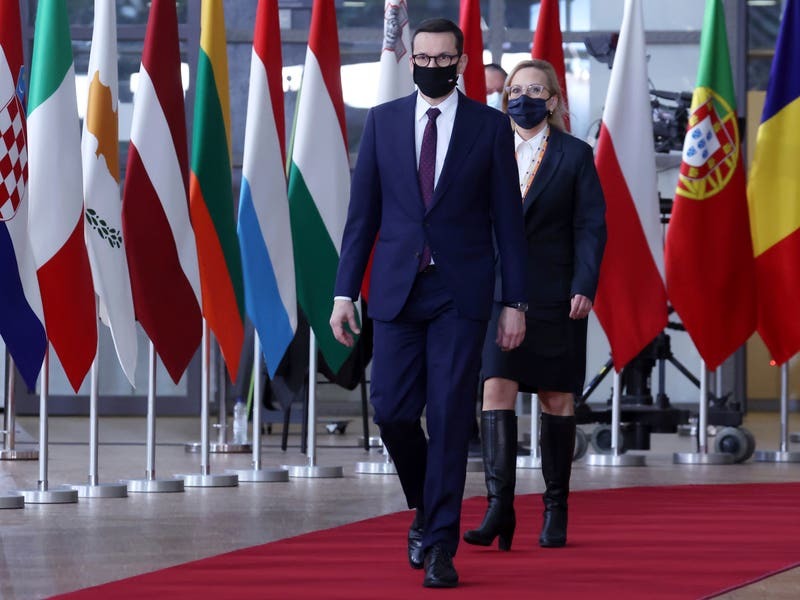 The European Union has held a summit focused on preventing a Russian military invasion of neighbouring Ukraine with threats of unprecedented sanctions for Moscow and the promise of diplomatic talks.

On a day of diplomatic moves, Russia said it had submitted draft documents to the US outlining security arrangements that would preclude Nato’s expansion to Ukraine.

A Russian military build-up on Ukraine’s border took centre stage at the summit of the EU’s 27 leaders on Thursday, coming on the heels of a plea from Ukraine’s president for more sanctions to be imposed before any possible incursion rather than after.

Lithuanian President Gitanas Nauseda said the EU should not underestimate the threat Russia’s troop build-up poses, adding that he sees Moscow’s actions as creating the worst security situation since the collapse of the Soviet Union.

“The inviolability of borders is one of the very important foundations of peace in Europe and we will all do everything together to ensure that this inviolability actually remains intact,” Scholz said as he entered the one-day summit.

Many of the leaders said they looked towards diplomatic talks to stave off military action in Ukraine. Prime Minister Janez Jansa of Slovenia, which holds the EU’s rotating presidency until the end of the year, suggested talks between France, Germany, Ukraine and Russia.

“Maybe there are some open channels for some serious negotiations” over the coming days, Mr Jansa said.

Moscow denies that it has any plans to attack Ukraine, but did so in 2014 when it annexed the Crimean Peninsula. US intelligence officials say Russia has moved 70,000 troops and is preparing for a possible invasion early next year.

“It is not normal for regular military exercises,” Mr Jansa said, adding that there was no doubt that Russia was using its military might to put Ukraine under pressure.

Mr Zelenskyy said Ukraine stood ready to enter into talks with Russia to ease tensions, but that Russian President Vladimir Putin did not appear willing to come to the table.

France and Germany brokered a peace agreement in 2015 that helped to end large-scale hostilities in eastern Ukraine, where Ukrainian forces have been fighting Russia-backed separatists since 2014. But the conflict, which has left 14,000 people dead, has simmered.

EU leaders are widely expected to approve a draft summit conclusion, seen by The Associated Press, that warns “any further military aggression against Ukraine will have massive consequences and severe cost in response”.

European officials argue that it is a better deterrent to keep Mr Putin in the dark about what measures might be used against him.

Asked by reporters whether Europe would act on Mr Zelenskyy’s call, European Council President Charles Michel said: “We have sanctions in place, we are ready to take additional sanctions if needed, and we will see” what happens.

Despite Moscow’s threat, Lithuania’s president still has a sense of optimism.

“I think we have enough tools in order to stop Russia from its aggressive behaviour,” Mr Nauseda said.

The US and the EU have been coordinating their response to Russia, but no real details of any sanctions have emerged.

The Kremlin on Thursday again prodded western leaders to provide legally binding guarantees precluding Nato’s expansion to Ukraine and the deployment of the alliance’s weapons there, calling such moves a “red line” for Moscow.

The US and its allies have refused to make such a pledge, but Mr Putin and US  President Joe Biden agreed last week on further talks to discuss Russian concerns.