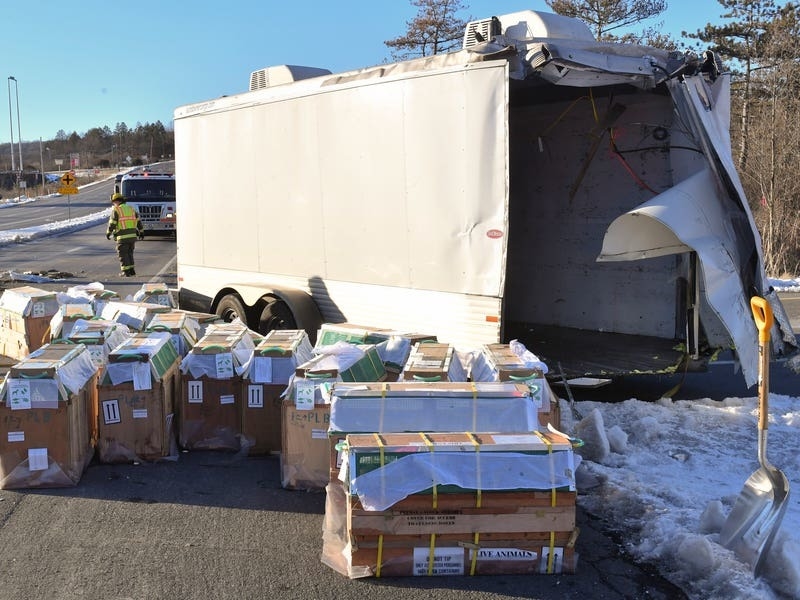 All of the monkeys who escaped after a lorry crash in Pennsylvania have been accounted for, US authorities said.

Several of the 100 laboratory monkeys, who were being carried in crates, disappeared following Friday’s collision between two lorries.

But only one remained unaccounted for as of Saturday morning, prompting the Pennsylvania Game Commission and other agencies to launch a search for it amid freezing weather.

Kristen Nordlund, a spokesperson with the federal Centres for Disease Control and Prevention, said on Saturday that all 100 of the cynomolgus macaque monkeys had since been accounted for but three had to be put to sleep.

The Atlanta-based CDC said the agency was providing “technical assistance” to state police in Pennsylvania.

The collision occurred on Friday on a state highway near an Interstate 80 exit in Pennsylvania’s Montour County.

The location of the quarantine facility and the type of research for which the monkeys were apparently destined was not clear, but cynomolgus monkeys are often used in medical studies.

A 2015 paper posted on the website of the National Centre for Biotechnology Information referred to them as the most widely used primate in pre-clinical toxicology studies.

Trooper Lauren Lesher had said the concern was “due to it not being a domesticated animal and them being in an unknown territory. It is hard to say how they would react to a human approaching them”.

Mr Lesher said state police secured the scene for the Pennsylvania Department of Health and the CDC.

The drivers of the trucks were not harmed and a passenger was taken to a medical centre for treatment of suspected minor injuries, according to the state police’s crash report.

Crates littered the road on Friday as police searched for monkeys. Valley Township firefighters used thermal imaging to try to locate the animals, and a helicopter also assisted, the Press Enterprise newspaper of Bloomsburg reported.