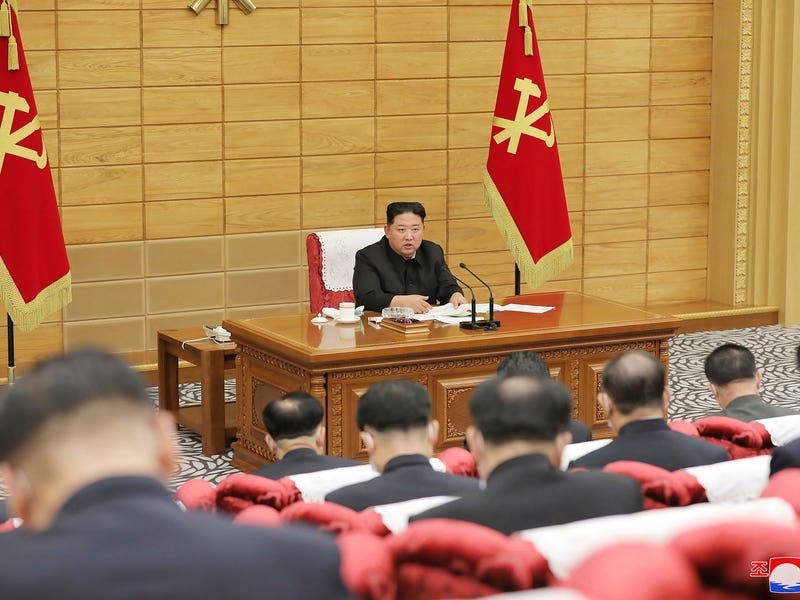 The country made the announcement on Saturday as it scrambles to slow the spread of Covid-19 across its unvaccinated population.

The new deaths and cases, which were from Friday, increased total numbers to 27 deaths and 524,440 illnesses amid a rapid spread of fever since late April.

State media didn’t specify how many of the fever cases and deaths were confirmed as Covid-19 infections.

The country imposed what it described as maximum preventive measures on Thursday after confirming its first Covid-19 cases since the start of the pandemic.

It had previously held for more than two years to a widely doubted claim of a perfect record keeping out the virus that has spread to nearly every place in the world.

In a report presented to the Politburo, the North’s emergency epidemic office blamed most of the deaths on “mistakes like overmuch taking of drugs, bereft of scientific medical treatment”.

He added that most transmissions are occurring within communities that are isolated from one another and not spreading from region to region.

He called for officials to take lessons from the successful pandemic responses of other nations and picked an example in China, the North’s major ally.

Experts say a failure to control the spread of Covid-19 could have devastating consequences in North Korea, considering the country’s poor health care system and that its 26 million people are largely unvaccinated.

Students and VIPs of the Occupation dig for victory

Special occasion for a diamond couple

Government ‘determined’ to ensure every child can access personal tutoring

Treasury earmarks £500,000 of public cash for focus groups and polls