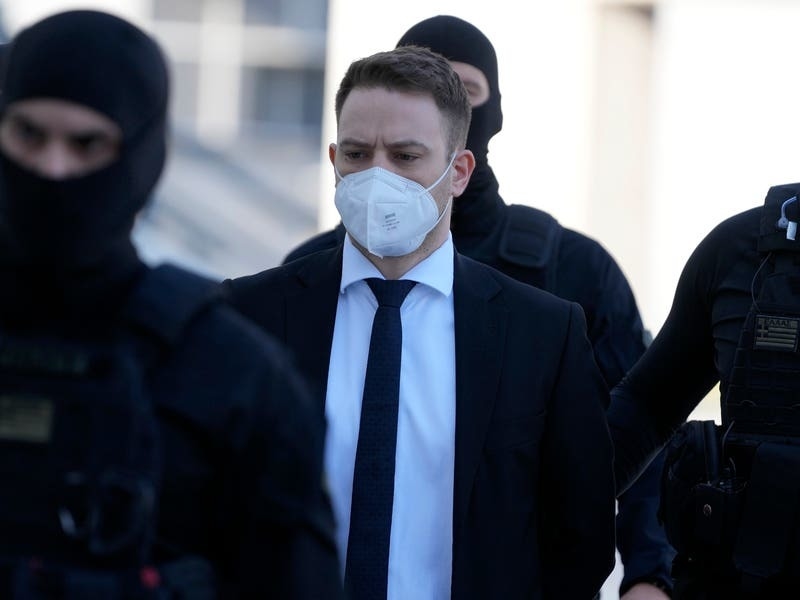 A Greek helicopter pilot has been sentenced to life in prison for killing his British-Greek wife in their home on the outskirts of Athens and trying to mislead police for weeks by claiming she was killed by intruders in a brutal house invasion.

An Athens court found Babis Anagnostopoulos, 34, guilty of the murder of Caroline Crouch, 20, in May 2021 as the couple’s 11-month-old daughter slept in the house.

He was also convicted of strangling the couple’s dog to lend credence to the narrative that the family fell victim to ruthless burglars demanding to be handed hidden valuables.

The court sentenced Anagnostopoulos to an additional 10 years in prison for killing the dog.

“It was a historic trial, as Caroline has now become a symbol in the struggle against violence targeting women,” Harmanis said.

“The defendant was not allowed to continue the deception that he maintained for 37 days (before his arrest) … and during this trial.”

After abandoning the house invasion scenario, Anagnostopoulos claimed that Ms Crouch died following an altercation between the couple over the infant’s care.

Prosecutors maintained that he acted in a calm state of mind and intentionally suffocated her while she was asleep.

The civil aviation pilot and flight instructor had initially told police that armed robbers broke into the house at night, binding and gagging him and his wife in their bedroom while the baby slept.

Police said analysis of data from a smartwatch worn by Ms Crouch had helped reveal inconsistencies in the pilot’s account of events.

Anagnostopoulos was arrested more than a month after Ms Crouch’s death after attending a memorial service for her near her family home on the Aegean Sea island of Alonissos.

He was seen hugging the victim’s mother before being led away.