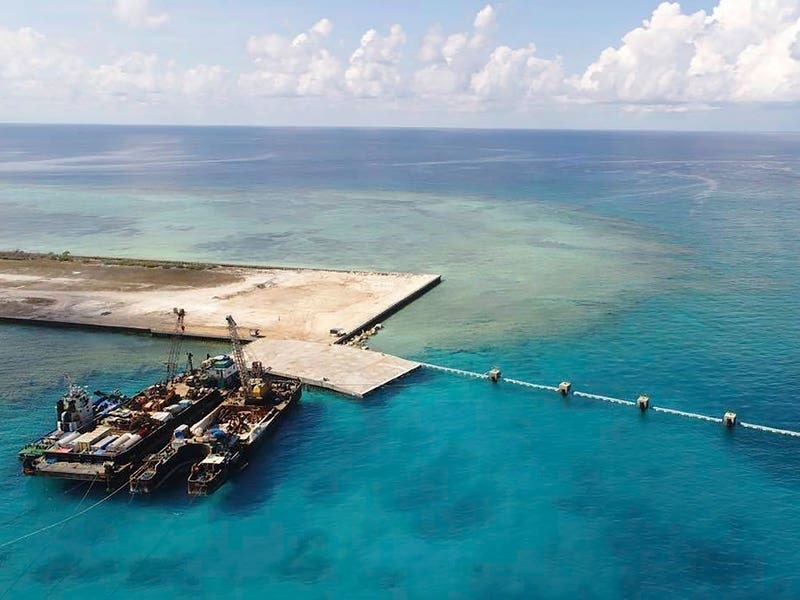 Officials in Manila have sought an explanation from Beijing after a Philippines military commander reported that the Chinese coast guard forcibly seized rocket debris from Filipino navy personnel in the disputed South China Sea.

China has denied its coast guard forcibly seized the Chinese rocket debris from the Filipino sailors.

Foreign affairs spokesperson in Manila, Maria Theresa Daza, said that a diplomatic note was relayed to China for “clarification from the Chinese side over the incident”.

Vice Admiral Alberto Carlos, who heads the military’s Western Command, said the Filipino sailors, using a long-range camera, spotted the debris drifting in strong waves near a sandbar about 800 yards offshore. They set out on a boat and retrieved the floating object and started to tow it back to Thitu Island.

The Chinese coast guard vessel then deployed an inflatable boat with personnel who “forcefully retrieved said floating object by cutting the towing line” attached to the Filipino sailors’ rubber boat.

The sailors decided to return to their island, Vice Admiral Carlos said, without detailing what happened.

Chinese coast guard ships have blocked Philippine supply boats delivering supplies to Filipino forces in the disputed waters in the past but seizing objects in the possession of another nation’s military constitutes a more brazen act.

“There was no such thing as interception or forcible seizure at the scene.”

Responding to China’s denial, top Philippine defence official Jose Faustino Jr stood by the accounts of the Filipino navy personnel and said the debris was “rudely” taken from them by the Chinese coast guard.