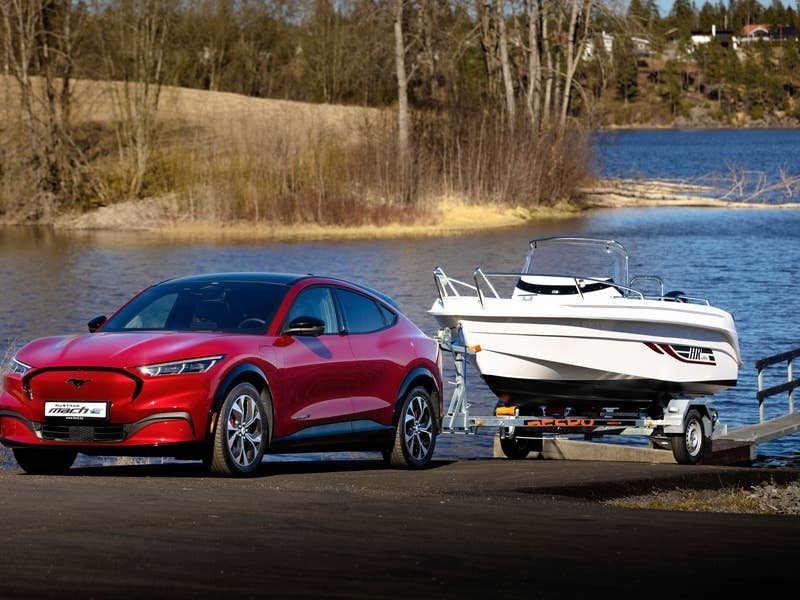 Ford has added a range of new features to its flagship Mustang Mach-e electric SUV.

All versions now get Ford’s Intelligent Automated Cruise Control 2.0, which takes information from the satellite navigation and combines it with a forward-facing camera to automatically adjust the vehicle’s speed depending on speed limit signs, upcoming curves and turns. It can also automatically slow the vehicle down if it’s approaching a roundabout.

Martin Sander, general manager, Ford Model e, Europe, said: “Mustang Mach-E was developed from the ground up to deliver the character and performance of our iconic Mustang sports car. Now we’ve made the first SUV member of the Mustang family even more tempting for the ever-growing number of customers ready to embrace the electric revolution.”

The first electric Mustang outsold the petrol-powered version by eight-to-one in 2022 to-date, according to Ford, with around 80 per cent of Mach-e customers moving from across from other car brands.

Ford has also expanded the level of personalisation available with the Mach-e. For instance, the Premium specification – which was previously only available on all-wheel-drive models – can now be specified on rear-wheel-drive cars with the 91kWh battery, bringing 19-inch alloy wheels, adaptive LED headlights and eight-way powered driver and passenger seats in the process.