LONG READ: ‘I want to encourage people who can make a difference’

The accordion is an instrument to which the St Brelade Deputy graduated by way of the diatonic organ and the piano. He took keyboard lessons as a student, supplementing his mother’s contribution to the cost with money from his paper round, he recalls. Now, of course, you can catch him as a member of Badlabecques, the pop-folk band specialising in Jèrriais songs. 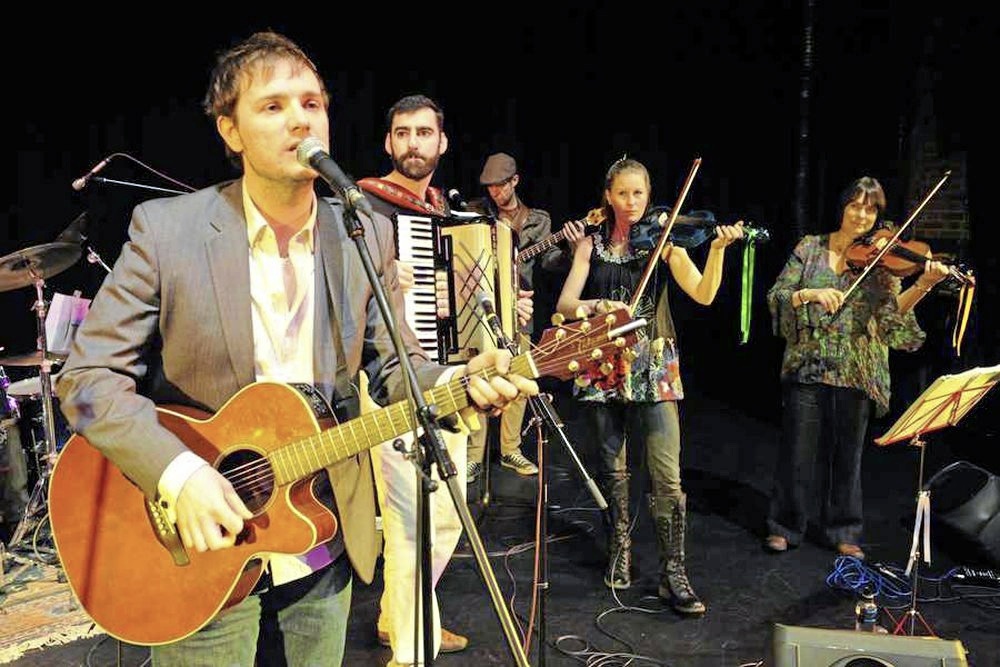 So while it is true that assistant ministers with culture remits are a relatively new creation within the government, you sense that there will be few occupying the role able to converse quite so spontaneously about the Island’s historic culture and certainly none about the intricacies of the piano accordion.

He feels a special connection with Hamptonne, the St Lawrence country life museum operated by Jersey Heritage, for example.

‘It’s a really special place for me for lots of different reasons. It’s such a great set of buildings and when it’s the cider-making festival, it shows off a great tradition and it’s certainly one that I can connect to as the great-grandson of Breton farmworkers who came over to Jersey to work.

‘They wouldn’t necessarily have been in the orchards but you get a real sense of place and Jersey’s rural tradition there. My late brother John left school, wanted to get a job and worked as a stonemason. He got an apprenticeship and did part of his time at Highlands and part of his time working with a well-known stonemason called Eugène Briand. They built the apple crusher up at Hamptonne, so I go up there a lot and I’ve also played music there, so there’s a family connection with what’s a really important part of Jersey’s history and culture.’

It does not take long to establish Deputy Tadier’s credentials for political leadership of culture within the States but few would have anticipated his rapid success in turning around a funding problem which has bedevilled the sector in recent years. A recent government report noted that since the States adopted its first cultural strategy in 2005 – a strategy which said that funding levels then were only just above the survival level of the cultural organisations – the budget had actually diminished further in real terms by 2017.

So, earlier this year, Deputy Tadier took a proposition to the States asking for the level of cultural funding to be fixed at 1% of the total States budget. To the surprise of some, it was carried by 27 votes to 15 and there is now an additional £700,000 in the government plan for next year as a stepping-stone to the commitment.

Although Deputy Tadier was suspended from his assistant minister role at the time – the result of an email copied to an officer in the Health Department – he does not think that he would have received the support of government even if he had been in office at the time. Those voting in vain against the proposition included the Chief Minister and the Treasury Minister.

‘In lots of ways the planets aligned. I did work quite hard behind the scenes and I know members of the public did as well with States Members who weren’t necessarily going to support it and the fact that it happened on a Friday afternoon after a long week was also quite significant. But I saw it very much as a vote of confidence in the organisations themselves,’ he said. He added that the cultural organisations had written to candidates before the last election asking for increased commitment.

‘There was a general acceptance that we needed to do more and I’m very keen to hold people to account. We agreed that we were going to do this and here was a tangible way to put our money where our mouth is. I think that Members saw generally that we hadn’t been funding these organisations, which do essential work, correctly and that needed to change. It was a message to the sector that we support you but also to the Assembly that we need to prioritise this more.’ 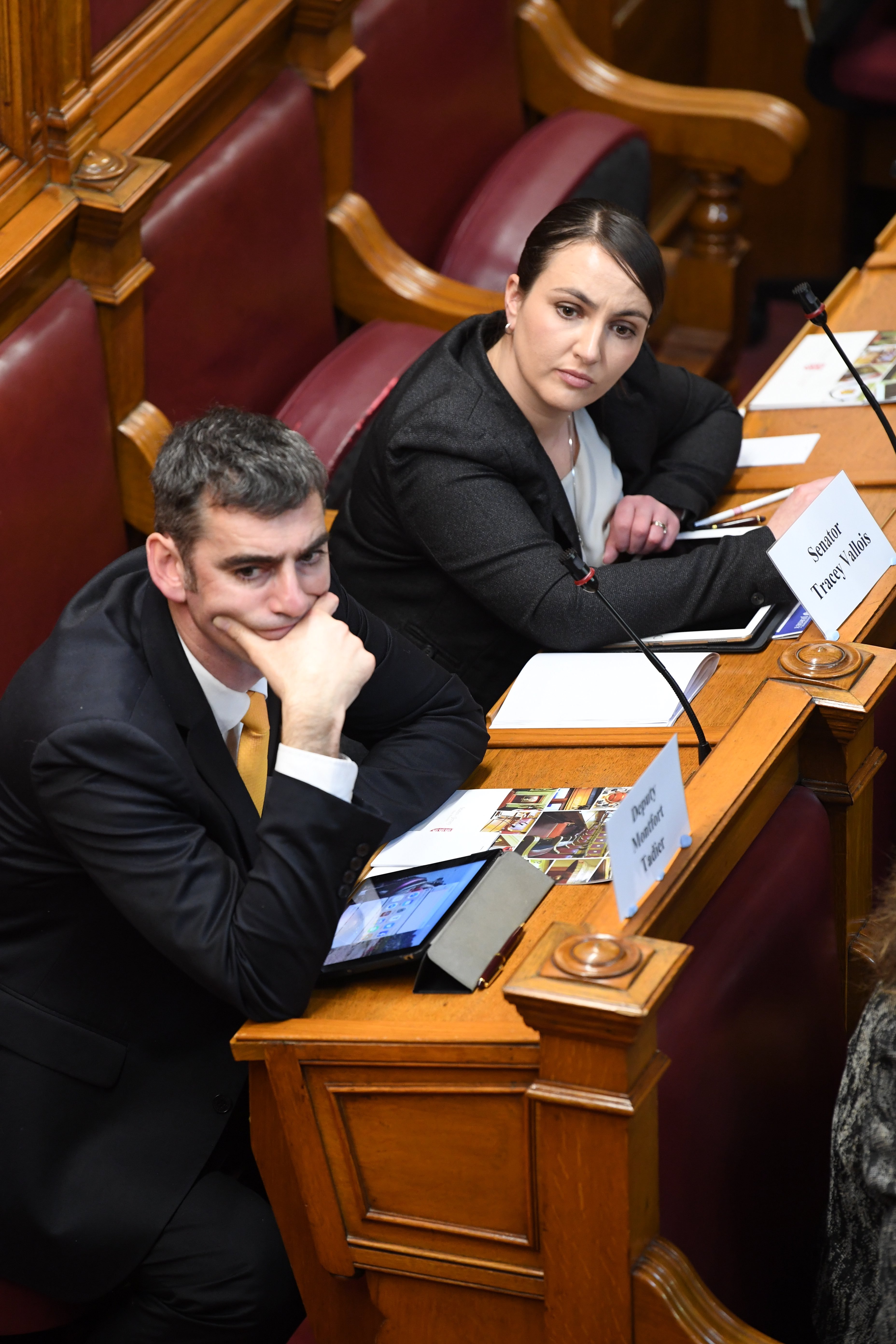 The Assistant Minister recognises that the combination of lack of clarity over relations with arms-length organisations and what he calls ‘perpetual austerity’ left bodies like Jersey Heritage, the Jersey Arts Centre, the Opera House and ArtHouse Jersey in a position where they had to accept what little funding was offered rather than having a dialogue with government about its cultural aspirations.

‘We have great people doing great work in very difficult circumstances without a clear understanding of what is expected of them and what they will be given to do it with. I’m hoping that we’re in a different period now’.

Deputy Tadier advocates a much longer-term view which would set out government’s intentions well into the future and allow the organisations to build on reassurances of support. He welcomes the forthcoming strategy which Jersey Heritage is producing as an example.

However, it would be unwise to take the immediate future for granted. Just to stand still, Jersey Heritage would need all the additional 2020 funding and while officers in Deputy Tadier’s department have been asked to look at any opportunities for internal transfers of funding, discussions are in train with the cultural organisations to try to scale back plans until the full impact of the new funding commitment is apparent.

‘It doesn’t mean that all the problems would be solved because clearly there are tough decisions for the future but I think
it gives an understanding. What’s been lacking in the past, I think, is that dialogue which shows that government is
taking the culture of the Island seriously and lets those organisations know that they are being taken seriously.’

One of the challenges for the assistant minister is that culture straddles many departments apart from his own. It can enhance health and wellbeing, or contribute to education, or help promote the image of the Island in external relations, quite apart from its value to the economy or to tourism.

This requires conversations across departmental boundaries. Deputy Tadier gives the example of some of the larger capital projects – the new hospital development and Fort Regent, for example – which can indirectly affect the arts and heritage organisations by creating or by closing off potential sites. He has asked in future to be admitted to political discussions on projects that might affect the sector in this way.

But he sees an important balance between looking at new facilities which might be connected to wider development – a new concert facility or art gallery and performance complex, for example – and building on the success of an existing venue like the Arts Centre. He sees the potential to expand that building and close off the street to capitalise on the social impact which it might offer rather than assuming it will be traded-in for a bigger building elsewhere.

‘One of the big challenges is getting the cultural infrastructure in the Island fit for purpose. And one of the issues is the differentiation of revenue and capital spending – how organisations use their money to do what they’re best at whether producing, performing, providing the social function versus the buildings. But they are often in buildings which haven’t been properly maintained.

‘If a building is owned by the States, it should be for Property Holdings to fix it and keep it up to scratch so that the tenants, say the Opera House, can just concentrate on putting on excellent productions. At the moment they’ve been fire-fighting.

‘There needs to be a period of building up trust and I see my department as being key to that and stabilising the next few years so that we see the fruits of that States’ decision’.

Deputy Tadier is clear that the extra funding agreed for the culture sector is not to be confused with the funding required to maintain States assets like the Opera House or the castles, so that its full value should be available to develop the cultural life of the Island.

He recalls a conversation some years ago with a former States Member active in the cultural sector who advocated sorting out the challenges of Fort Regent by dipping into the States strategic reserve. 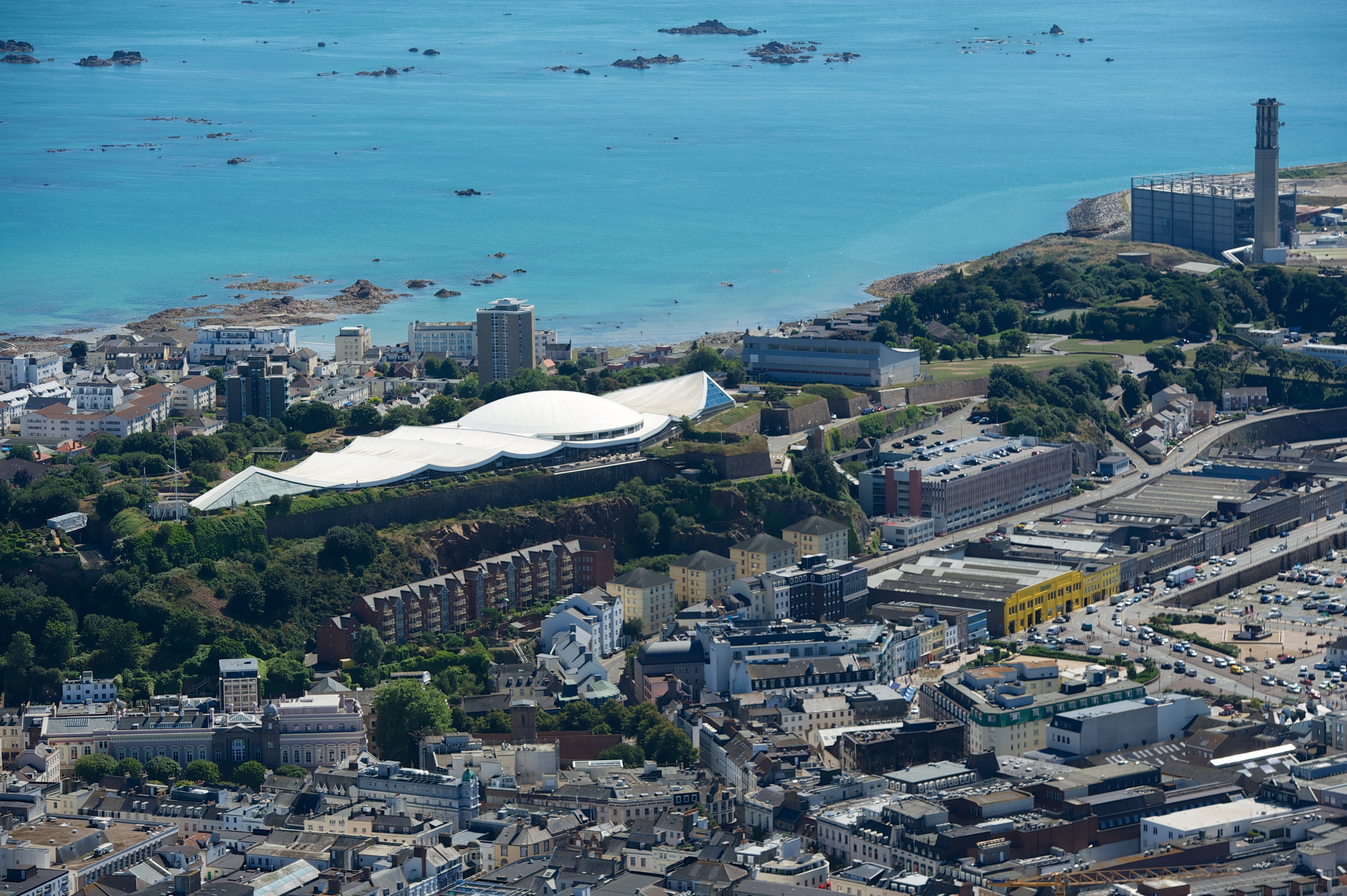 ‘We have the same problem today. Imagine you have this person sitting in a bed while the house is falling around his ears – leaky roofs and the doors are rattling but he’s sleeping on a golden bed with a mattress full of money. You’ve got these huge savings which we’re only supposed to use on a “rainy day” but we have rain coming through the roof of the Opera House yet we can’t seem to fund that. I think we’ve lost our way. It becomes a false economy.’

But Deputy Tadier is not against pragmatism when it comes to dealing with specific revenue challenges that might fall between different parts of government. The teaching of Jèrriais in schools is such an example where he is minded to apply some funding from the expanded culture budget to support additional teachers in schools to help safeguard the language, even if it means passing some funding on to the Education Department.

‘I must admit that I used to be quite sceptical about Jèrriais which I thought had nationalistic overtones but also I took a more utilitarian approach and I think I’m on record in my early days in the States of asking why, if you had a choice, you would learn Jèrriais when there are so many people who speak French but certainly my position has evolved and in no small part it’s due to Badlabecques and the other people who are really passionate about the language.’

Now he recognises that all languages are valuable, and that local languages in particular need protection because of their value in helping us learn about ourselves as a community and in helping newcomers to connect to a sense of place and culture.

So how would he like his contribution as Assistant Economic Development Minister with a responsibility for culture to be remembered?. He says: ‘I’m not concerned with a personal legacy but you do want to look back on what you’ve achieved and to have made a visible difference.’

Such a difference might be visible in more vibrant activity on the streets of St Helier. As a musician, making it easier for people to perform spontaneously as buskers has been on his list for some time but he also wants to support those in the community with the energy to develop new activity such as the organisers of the Jersey Festival of Words or the 13th Parish Festival which has founded a new film event.

He would like to establish a new fund – perhaps using lottery funding or another sustainable source – to encourage
projects, organised independently of the revenue-funded organisations.

‘I want to help pull those things together and to encourage people who can make a difference, who love what they’re doing. I want to shine a spotlight on their work’, he said. And although the Deputy is not anxious to take on new responsibilities, he does
believe that the recent debate about historic buildings raises the obvious question
of why an assistant minister with a responsibility for culture is not currently involved as a consultee on proposals which impinge on the cultural identity of the Island.

You sense that the assistant minister might have some strong views of his own to offer.