The construction of the state-of-the-art, multi-million-pound school is on track to be completed ahead of the start of the next academic year in September.

And aspects of the new build are already attracting interest from outside of the Island – including the London Science Museum. Curators are interested in the new school’s ‘unique scientific demonstration chamber’ which can be created in the centre of classrooms and allow teachers to carry out high-level experiments behind safety glass in view of the whole room.

Speaking to the JEP at the new site, deputy head teacher Paul Letch said the school had aspirations that the building would not be empty and unused when students and teachers go home and could instead be used by different groups and organisations for everything from small meetings to large events. 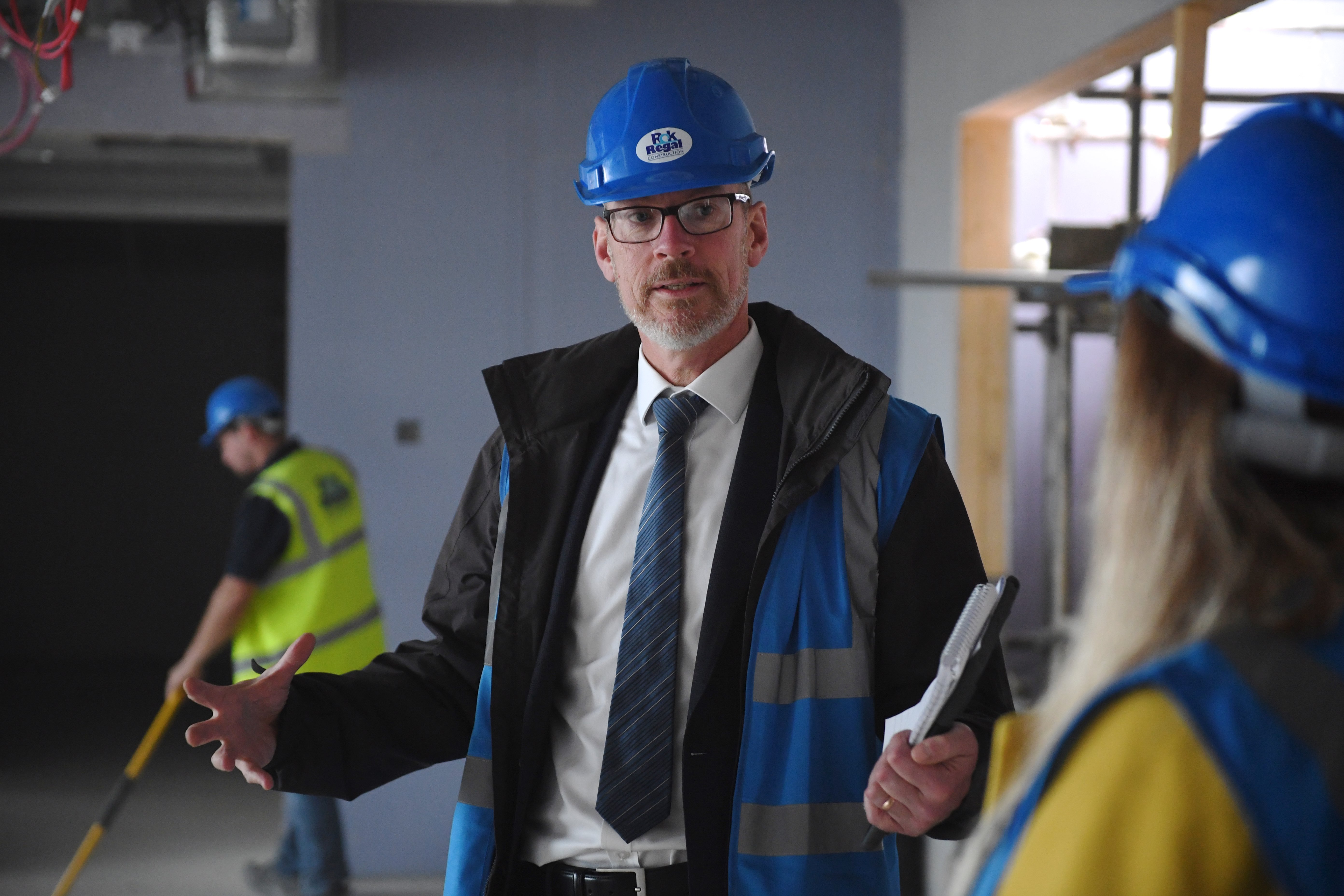 And he said any money brought in by such initiatives could then be used to make the school ‘even better’.

‘We are open to any use that people come up with. We will talk to them about it,’ said Mr Letch.

‘At the end of the day, we do want to generate income for the school so we can make it even better.’

Mr Letch said there was already interest from a number of groups in using the sports facilities, which include a large sports hall, smaller double-height hall, a dance studio, a smaller activity room and outdoor netball courts, half-size 3G pitch and a football rugby pitch with a grass track.

But there are other opportunities within the school, particularly with the new canteen area which could become a community café in the evenings.

The school’s location next to the Airport would make it perfect as a conference venue during school holidays, he added.

Elsewhere there are aspirations that the study zone near the entrance to the new school, which is due to open next September, could be open to returning university students from the west of the Island who need a quiet place to work in the holidays.