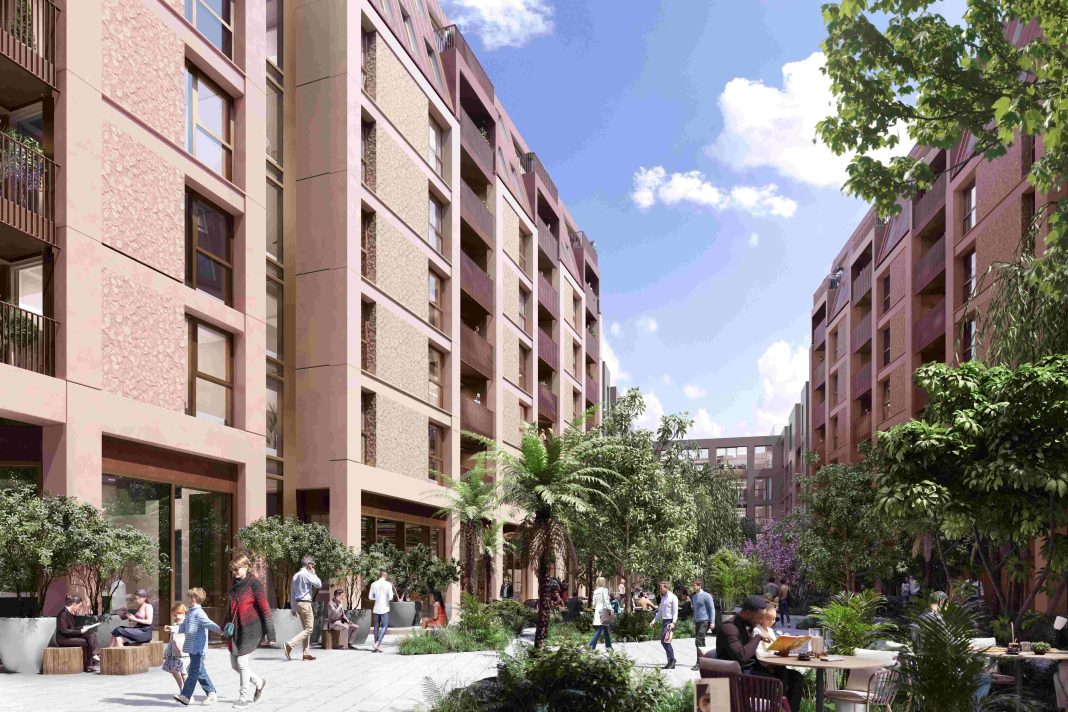 PROPOSALS to build a 103-bedroom ‘aparthotel’, 238 homes and a large courtyard with shops and restaurants in St Helier have been branded ‘banal, anonymous and unimaginative’ by two heritage groups.

The National Trust for Jersey and the Société Jersiaise have objected to the £120 million ‘Les Sablons’ scheme, put forward by development company Le Masurier, which stretches over two acres from 31 to 41 Broad Street to 19 to 21 Commercial Street.

If the plans are approved, it is estimated that the development could lead to the creation of 120 construction jobs and see 25 roles created at the ‘Wilde Aparthotel’, to be operated by serviced-apartment company Staycity.

Around 10,000sq-ft of retail and commercial space has also been included in the scheme.

However, in an open letter published on the Planning Department’s section of the government’s website, the two heritage groups said that the scale of the proposals would ‘cause significant damage to the skyline from all directions’.

It continued: ‘In particular from elevated views such as Fort Regent, Mount Bingham, Pier Road and Westmount, this development will stand out because of its atypical height and its location in the heart of the historic town – one of St Helier’s oldest streets.

‘Fort Regent and South Hill are very significant flagship sites which are intended to attract visitors – these high viewpoints are therefore very important. A building of this height, if developed, will shift land values and will set a precedent for the adjoining plots, at least one of which is awaiting development. Its city scale is quite inappropriate in this modest historic town.’

They added: ‘The design approach shows that this is a banal, anonymous and unimaginative commercial development which could be located anywhere. We can see little response to planning policies stressing the importance of local identity or placemaking. We struggle to see a response to the local architectural character of the historic significance of the area.

‘Commercial Street has no coherent architectural theme – it is an unco-ordinated hotchpotch, and probably always has been to some extent.

‘Its only consistent theme is its relatively uniform building height – four to five storeys.

‘We see no possible architectural justification to raise this to eight to nine storeys. The precedent that this will set is likely to turn Commercial Street into an unpleasant canyon and provide an unwelcome template for future development in the area.’

The group argued that the proposed housing mix in the residential part of the development ‘does not meet the Island’s housing needs’ and does ‘little or nothing to cater’ for the demand of three- and four-bedroom homes.