WATCH: Dramatic moment two people are rescued by RNLI after plane ditches in sea off Jersey

THE RNLI has released footage of the dramatic moment a crew rescued two people whose plane ditched in rough seas off Jersey last week.

Duncan Laisney and Paul Clifford survived for an hour in a life raft amid a two-and-a-half-metre swell and high winds off the south-east coast before being picked up by the St Helier inshore lifeboat.

The single-engine plane they were travelling in sank intact just moments after touching down on the water. 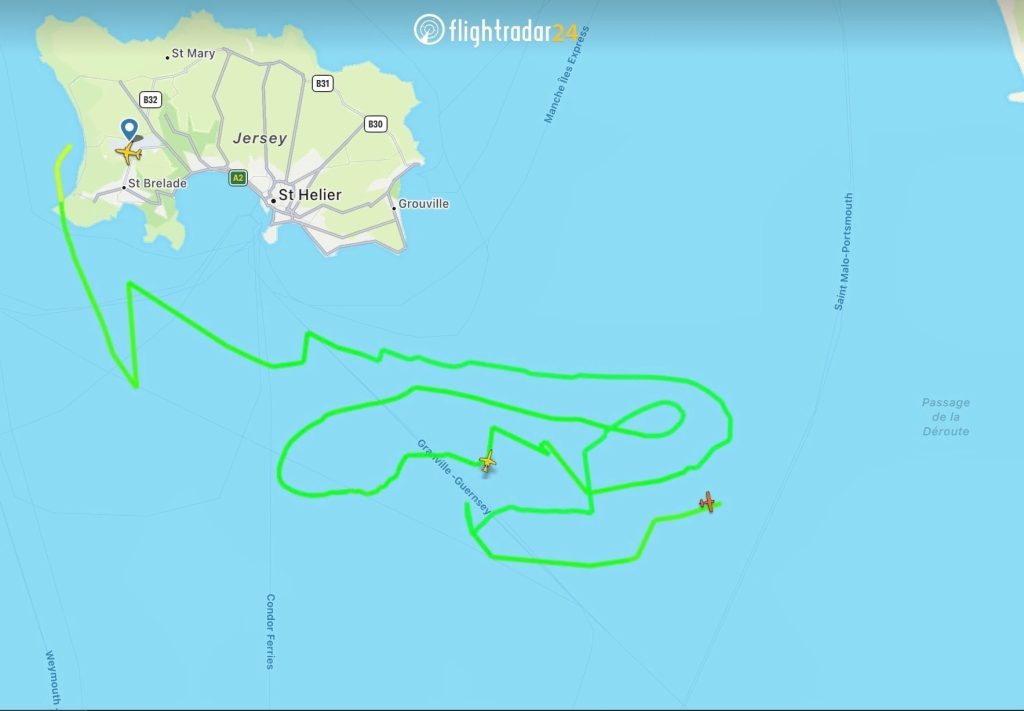 The ditching sparked a major search and rescue operation co-ordinated by Jersey Coastguard and including the Channel Island Air Search, a French helicopter, a Ports of Jersey work boat and all three lifeboats.

The footage, released today, shows how the pair were brought into the RIB after being spotted inside the small orange raft.

Just seconds after the rescue the pair were greeted by the sight of a dolphin jumping out of the water just metres from the boat.

Speaking shortly after arriving back in St Helier Harbour last Friday, Mr Laisney – a former Tornado GR4 pilot who flew combat missions in Afghanistan – said the hour-long wait had ‘felt like a long time’ but praised the professionalism of the emergency personnel. 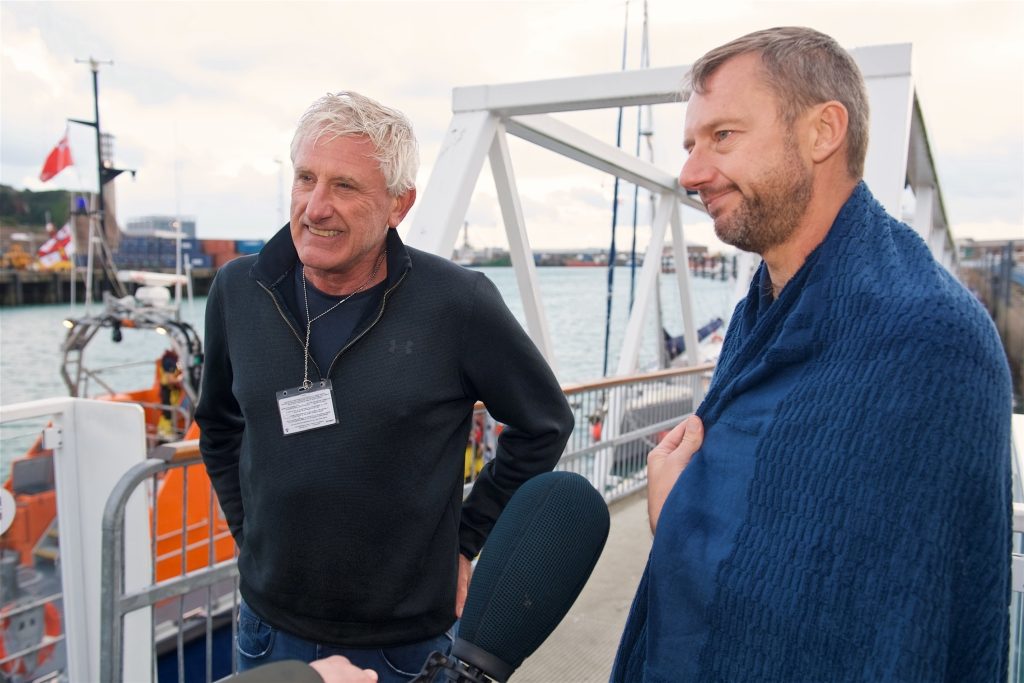 Paul Clifford (left) and Duncan Laisney safely back on shore after disembarking from the lifeboat Picture: ROB CURRIE. (34597943)

The Air Accidents Investigation Branch is carrying out an investigation.