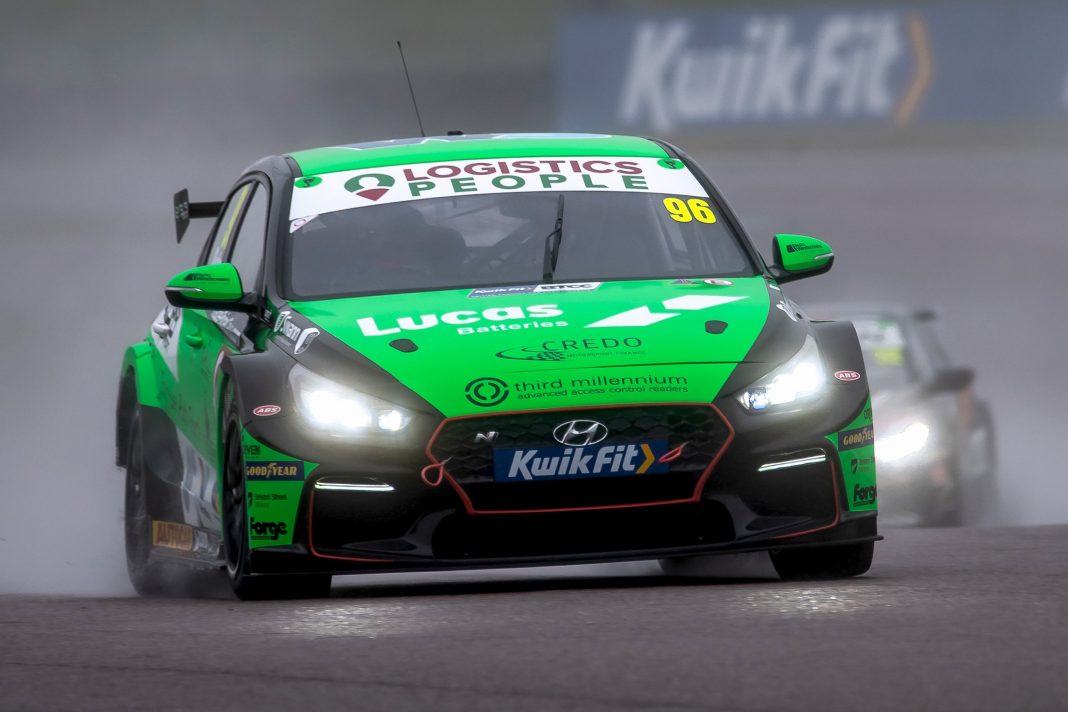 With intermittent rain, gusting winds and a multitude of on-track incidents to contend with, Butel kept his focus and found a rhythm that saw him twice push ahead of the works Toyota of Sam Smelt while also enjoying 2-1 bragging rights against new teammate (and former British GT champion) Rick Parfitt Jr.

‘I think it’s been a good weekend after a tough qualifying session,’ said Butel. ‘Saturday’s rain forced us to commit to a wet set-up but then the wind helped to dry out a line. We switched to slicks but with the conditions still against us, I just didn’t have enough time to get heat into the tyres and deliver a competitive lap. Nevertheless, we got our head down on Sunday and I think I raced well. Getting two top 20 finishes (overall) is very encouraging and we’ve shown some solid race pace, particularly in the opening round. Race three was a huge challenge where I not only had to battle the conditions but found myself pitched against four former race winners, finishing ahead of three of them.’

‘I’m really pleased with the Jack Sears Trophy points collected but I’m more pleased with the experience I’ve gained and the strengthening of the bond within the team. There’s plenty still to learn but it’s a long season and we’re definitely on the right track.’

In what is now his sophomore season in the Championships, having made his breakthrough last year, Butel is racing for the Excelr8 team driving a Hyundai i30 Fastback N Performance.

Rounds four, five and six of the championship will be held at Norfolk’s Snetterton circuit on the weekend of 12 and 13 June and race day coverage will be screened live on ITV4.