Butel given boost by equal best BTCC finish at Knockhill 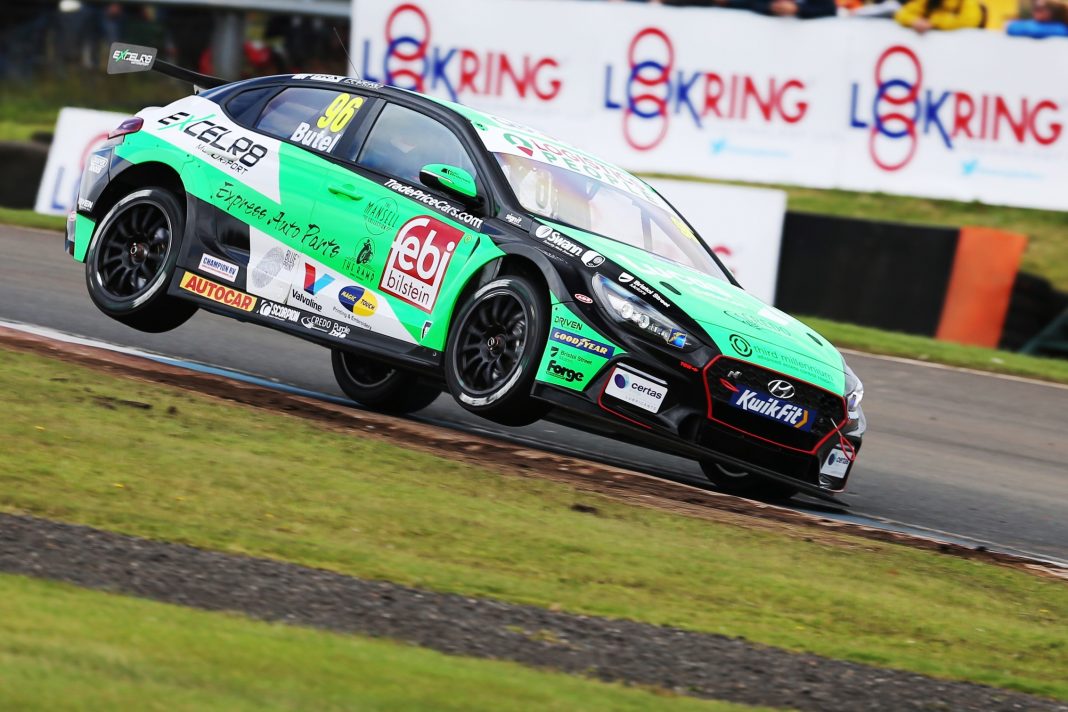 The Jersey racing driver finished 14th in race two at the Scottish track, earning him his first points of the season. He followed that up with a 16th placing in race three.

In the first race, Butel, racing for EXCELR8 with TradePriceCars.com in a Hyundai i30 Fastback N, finished 20th, despite starting 27th on the grid.

As well as putting an overall points finish on the board, three solid results among the Jack Sears Trophy entrants have seen Butel close the gap on the top three ahead of the next round at Thruxton in two weeks’ time.

‘It’s been an absolutely mega weekend for me in the end, and not what I expected after qualifying,’ said Butel.

‘To be perfectly honest, my performance there was absolutely useless, and I went into race day thinking we had no chance of fighting for points from where we were starting. To then come away from the weekend having matched my best result in the BTCC is absolutely fantastic and I’m so happy with how things have gone.

‘The first race proved to be massively important and to get up into 20th on the medium tyre really set me up for the two races that followed,’ he added.

‘It was a bit chaotic at the start of race two, but once we got through the opening lap I felt comfortable in the pack and the pace in the car was really good, particularly at the end when I could have come under attack after the safety car. To bring home a 14th-place finish is great as we’ve worked so hard to get those points on the board.’

Butel also put himself in with a great chance to improve the previous performance and add more points to his cause when he was up in 12th place in the final race. However, he dipped a wheel off track at the chicane, allowing a number of his rivals to sneak ahead.

‘In race three I got a great start to move up into 12th, but then I hit the kerb a bit too hard at the chicane and a load of cars got ahead of me, but that is racing and it happens,’ he said.

‘This weekend has shown that we have strong race pace and it was only down to a silly mistake on my part in that final race that we ended up just outside the points rather than taking home two top-15 finishes.’