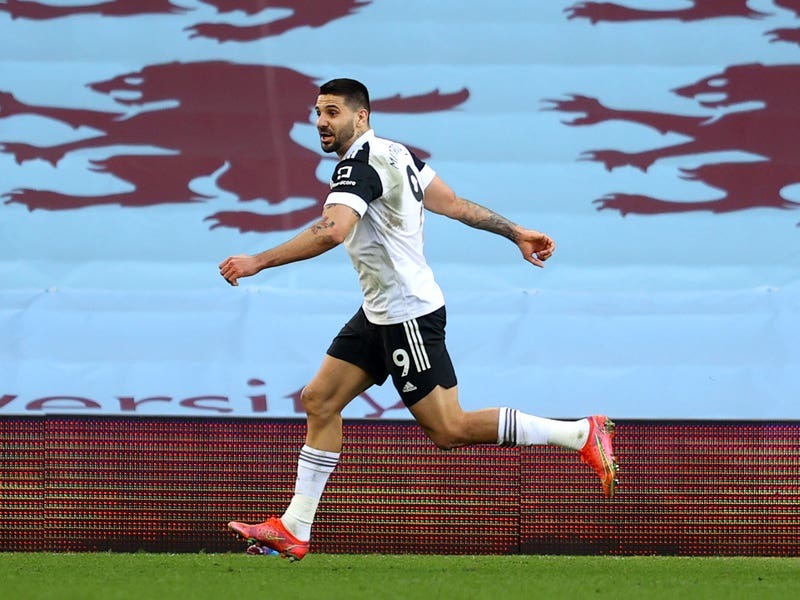 Fulham boss Scott Parker has welcomed the timely return to form of Aleksandar Mitrovic as his side fight to retain their Premier League status.

Mitrovic’s recent exploits for his country earned him his first club start for two months against Aston Villa on Sunday – the 26-year-old became Serbia’s all-time record scorer thanks to his five goals during the international break.

Clearly buoyed by his time away with Serbia, Mitrovic took that confidence into the game at Villa Park where he was a constant goal threat and menace to Villa’s central defenders before opening the scoring just after the hour mark.

Fulham lost 3-1 after conceding three times in 10 minutes late in the game, but Mitrovic’s performance was the big positive to take for Parker heading into the remaining seven matches of the season.

“So he’d earned the right to start and I was very pleased with his all-round game. People will judge him for his goals, I judge him for his all round play, his work ethic for the team, and I thought he was exceptional in that.

“The icing on the cake for him was his goal, it’s just a shame it wasn’t a goal which got us some points, but it bodes well for us going forward.”

The capitulation at Villa Park saw Fulham miss another chance to climb out of the bottom three, following a home defeat to Leeds prior to the international break, but Parker insists his players will respond.

Villa substitute Trezeguet changed the whole complexion of the game on Sunday, scoring his first two goals of the season in the space of three second-half minutes.

The Egyptian told the club website: “I am very happy for the goals, but I believe in myself.

“I believed it was coming because I work really hard with the team and individually. I train every day and work on anything I might be missing to get better.

“Sometimes things don’t go your way, but as long as you work hard, it will come. It just takes time, but it will come.”