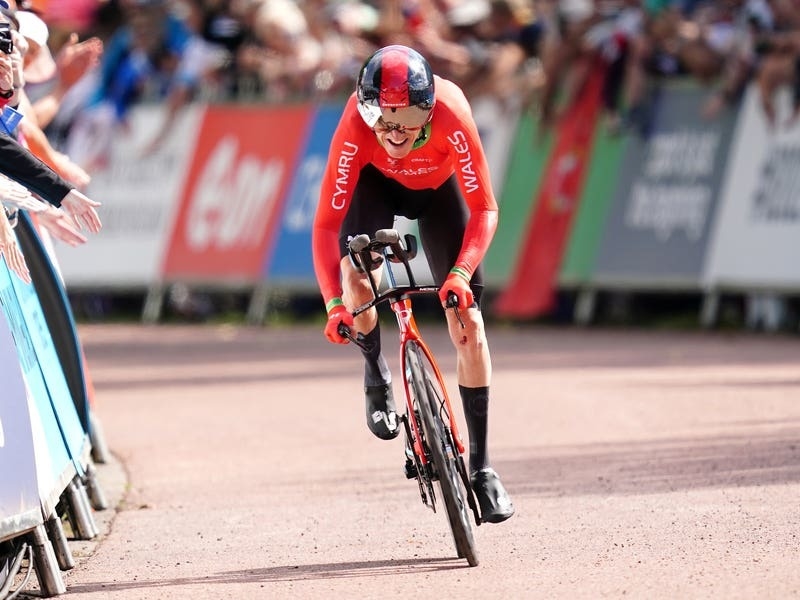 Geraint Thomas expects the men’s road race at the Commonwealth Games to be a “war of attrition” as rival teams work together to ensure there is no sprint for Mark Cavendish.

Reigning British champion Cavendish has a strong Isle of Man team aiming to see that the 160km race around Warwick and Leamington Spa ends in a sprint that he would be the runaway favourite to win.

Though the flat profile of the route might point to a bunch finish, rival teams plan to mix things up to deny Cavendish his chance.

“But I think for us, the English, South Africa and the Scots, I don’t think any of them want a sprint so I think it’s going to be like a Nationals race, lots of aggressive racing, a war of attrition.

Another rider who would love to capitalise on strong form is Fred Wright. After a superb Tour de France in which he starred in several breakaways and took second place on stage 13 into Saint Etienne, Wright claimed silver in Thursday’s time trial and is a contender again.

“(I’m looking forward) to getting stuck in,” the 23-year-old said. “I think the race is not going to be a conventional pro bike race where it’s controlled. There’s going to be attack after attack and we’ve got the team to deal with it.

The Australian squad headlined by time trial gold medallist Grace Brown are the favourites in the women’s race, although England will look to Anna Henderson and Abi Smith after their recent strong form.

Henderson was only 33 seconds behind Brown in the time trial, having come into the Games on the back of a superb Tour de France Femmes.

“It was a really rubbish June, I was sick twice,” she said. “I’m finally getting myself back to where I was in the Classics season. I’m really pleased with where I’m going and hopefully it can continue for the rest of the season.”

The route could also play more to the strengths of Elynor Backstedt, the 20-year-old Welshwoman who is back on track after a couple of years of injury setbacks.

Elynor’s Swedish father Magnus is famous as a former winner of Paris-Roubaix but Backstedt joked that her mum “keeps her cycling less pronounced” than her dad.

“We like to make sure everybody knows and we like her to know how proud we are of her,” Elynor said. “It’s an honour to be able to do the same thing.”