Musical journey through the past 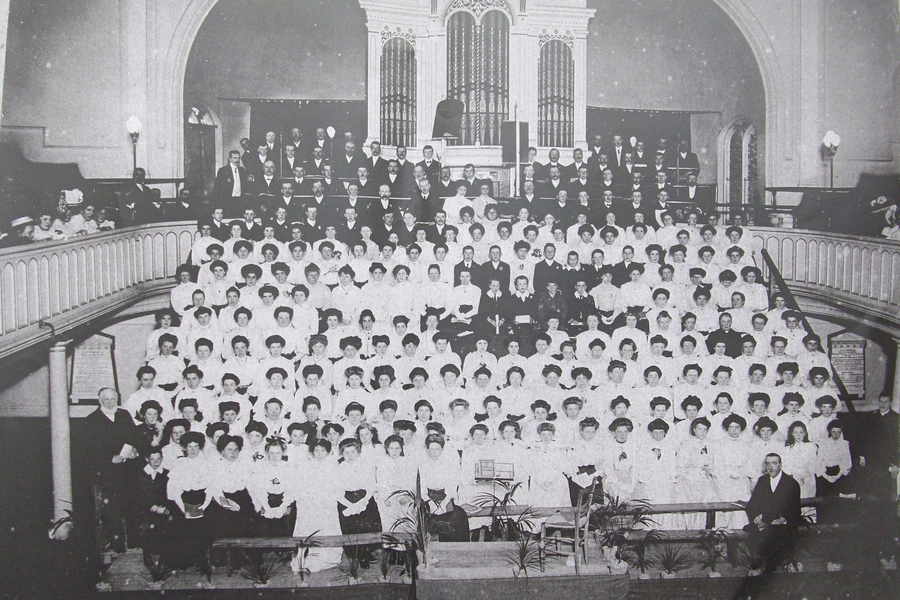 With Handel’s Messiah being performed by the Jersey Festival Choir later this month, Rose Millow has been putting together details of major musical presentations in the Island over the last couple of hundred years

ROSE Millow is part of a unique family dynasty which has had a major impact on Jersey’s musical life.

Her father was John Lobb, her uncle was Arthur Lobb and her aunt was Amy Luce, who died this year at the age of 88.

Rose, a retired piano teacher, was for many years accompanist for the Jersey Festival Choir and Holmchase, and she has started to study the history of music, particularly choral music, in Jersey.

‘We had a family concert a few years ago, a mixture of music and family history, and we had lots of photos of choirs on display,’ she said, ‘and the audience was clearly interested in the history of choirs and the musicians behind their formation.

My study has therefore been of the musical societies and the teachers, organists and so on from about 1800 to 1960.’

With the performance of Handel’s Messiah coming to the St Helier Methodist Centre this month, Rose has been wondering how often the piece has been performed in the Island.

‘Who performed it? Where did they perform it?’ she said. ‘Who was the conductor? Who played the trumpet? Did the audience stand during the Hallelujah Chorus?’

Rose said that, temps passé, concerts of sacred music in the first half of the 19th century were principally organised and led by the leading teachers or church organists (often one and the same person).

Such musicians as Hans Hartung, originally from Germany, William Williams, Edwin Lott, and Polydore De Vo from Belgium brought their musical gifts and knowledge and were pioneers in the establishment of the Island’s musical culture.

On Tuesday 21 February 1826 at the Town Church, a Grand Selection of Sacred Music – a morning performance – included numerous ‘vocal and instrumental departments’ and items by Handel and Haydn. The gentlemen of the Caesarean Choral Society assisted.

And on 25 April 1843, a Grand Oratorio at the Royal Military Arsenal, conducted by Mr Hartung, attracted an audience of 700.

On Christmas Day 1849 and again on Easter Day 1850, Mr Williams and a choir of more than 30 voices – the principal amateurs of the Island – performed choruses from the Messiah, including Glory to God and the Hallelujah Chorus. This was at St Mark’s Church, where Mr Williams was organist. 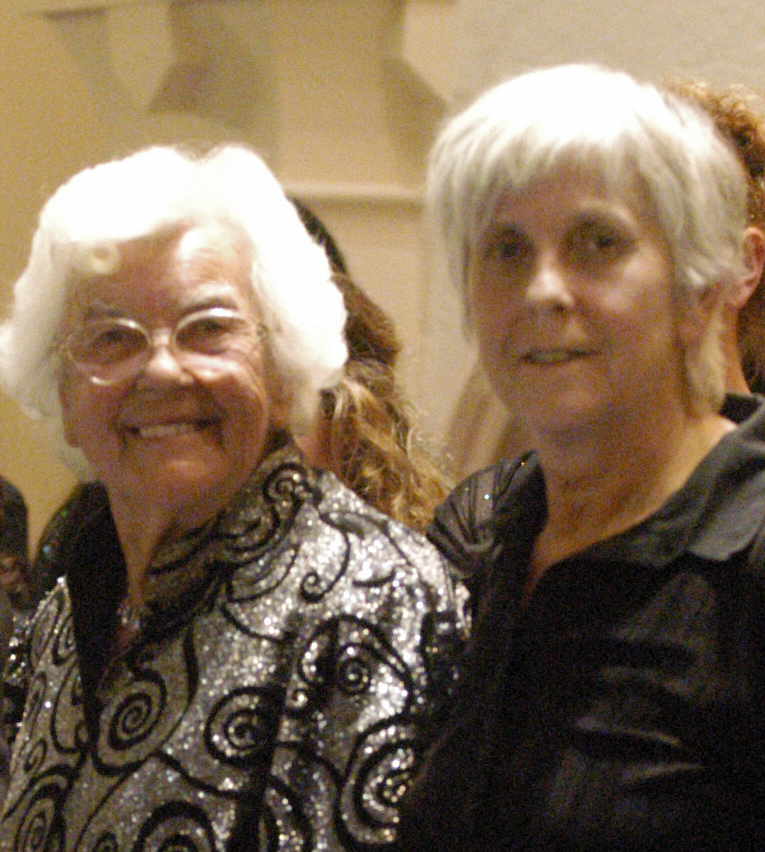 St Mark’s Church was also the setting for many musical performances, for it had a succession of musicians in the post of organist and choirmaster, including the renowned Edwin Stevens and his son, CER Stevens.

Musical societies were formed, but until the later part of the 19th century they were often rather élite affairs and on the whole had short existences.

The musicians who formed and reformed them, however, kept on going, and concerts with large choirs and orchestras and larger and larger audiences took place in such venues as the Catholic Church at Vauxhall, the Prince of Wales Rooms in Minden Place, the Queen’s Assembly Rooms, the Music Hall in Museum Street, Jersey’s own Albert Hall (now the Mechanics Institute building), the Royal Crescent Church, the popular Oddfellows Hall in Don Street and the Methodist Church in Grove Place (now St Helier Methodist Centre).

Reports of concerts often described the crowds arriving at these venues with a police presence to ensure safe entry to the building.

Twenty people were allowed through the door at a time, and notices in the paper recommended a one-way system for carriages to arrive and leave the venues.

On 4 April 1853 at the Queen’s Assembly Rooms, conductor George Fentum (organist of the Town Church) directed a chorus of 100 with an orchestra, joining Mr Hagemann’s Band of the Town Regiment. One of the pieces was The Trumpet Shall Sound from Messiah.

Various players of the trumpet part have had their fair share of problems over the years.

In November 1901, at the Jersey Choral Society performance at the Oddfellows Hall, the trumpet player had to abandon the famous accompaniment because of a difference in pitch between his instrument and that of the piano, and in the 1922 performance at the Royal Crescent Church by the Jersey Philharmonic Society, it was reported that the trumpet did sound, ‘but just a trifle behind the soloist, thus spoiling the effect, no doubt due to the fact that the instrumentalist was invisible to the conductor’.

Reports of the concerts in the press were sometimes more honest than sympathetic, but it seems that on the whole, Jersey musicians and their guests have done pretty well with the Messiah.

On 17 December 1858 the Jersey Amateur Musical Union held a concert in the Music Hall assembly rooms which included several of the grand recitatives from the Messiah in which ‘the amateur ladies and gentlemen acquitted themselves most creditably’, and in 1886 ‘nothing but praise’ could be given to the Jersey Choral Society. 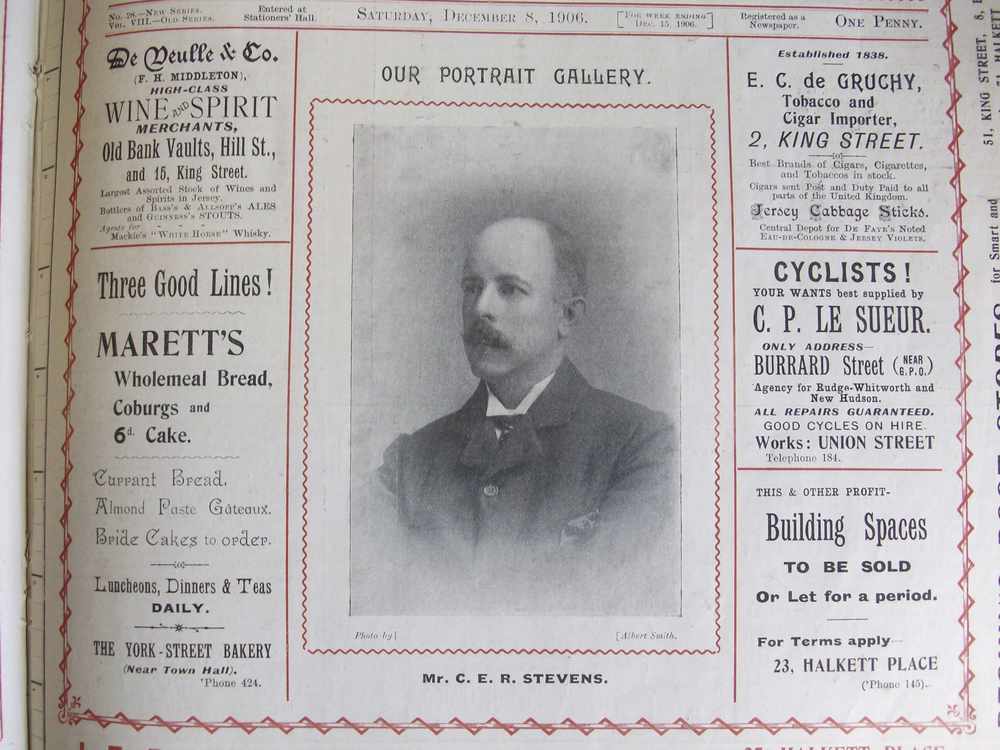 In 1901 there were not enough tenors and in 1922 the men of the Jersey Philharmonic Society were rather too strong for the sopranos.

Soloists of national repute had traditionally been engaged by Jersey concert organisers, and this was continued by the Jersey Choral Society, which during its existence from 1883 to 1921 performed the Messiah several times.

There could, however, be problems relating to the travel involved in bringing soloists to Jersey.

In 1911, although the soprano and bass soloists had decided to cross the channel the day before, the contralto and tenor were passengers on the SS Alberta on the day of the concert, on a journey they were not likely to forget.

When they first appeared in the hall after the singing of the National Anthem, the applause which greeted them was to a great extent a mark of sympathy and encouragement.

It was plain that during the performance they were still feeling the effects of their voyage. 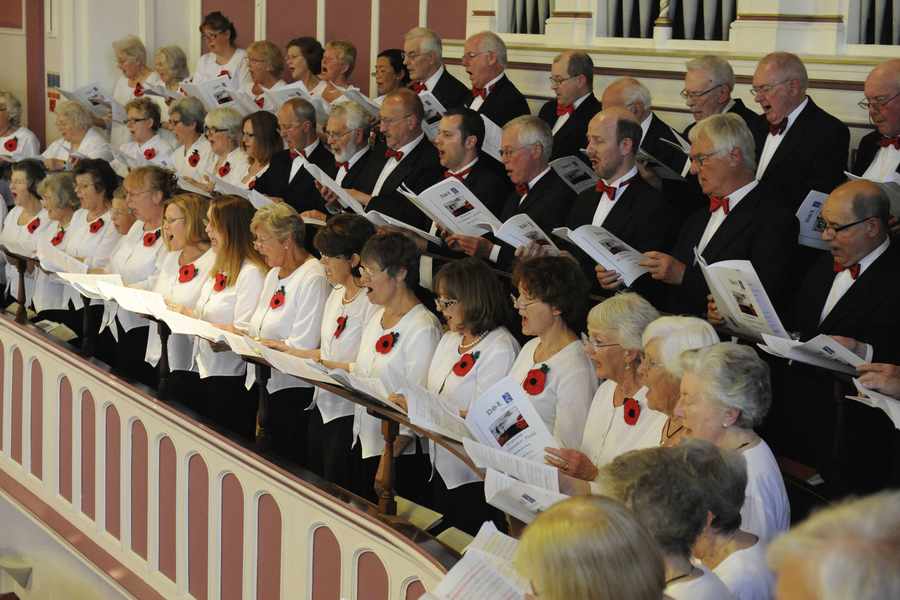 When John Lobb went to Canford, Dorset, in the summer of 1955 to attend a choral course he sowed the seeds of what would become the Jersey Festival Choir.

There he met distinguished choral conductor Leslie Woodgate and asked him if he would come to Jersey to conduct a performance of Handel’s Messiah – if a large enough choir could be gathered.

By the autumn John had the agreement of the Jersey Gleemen, Jersey Ladies Choir, Vauxhall Ladies Choir and the Jersey Evening Institute Choir to rehearse Messiah, in addition to maintaining their normal programmes.

Stanley Sackett, conductor of the Gleemen, took charge of the rehearsals, with John Lobb as accompanist.

The performance of Messiah at a packed Wesley Grove Church on 29 May 1956 was described by the Evening Post as ‘the most outstanding musical occasion in memory’.

So began the Jersey Festival of Music and a new independent choir, the success of which over the ensuing years was ensured by chairman Arthur Harrison, former editor of the Evening Post.

The tradition of a distinguished guest conductor has continued to the present day.

Stanley Sackett resigned as chorus master in 1960 and his place was taken by the accompanist and deputy conductor, John Lobb.

When John established the Jersey Festival Choir, his sister Amy took charge of the junior section – which would eventually become Holmchase – as well as acting as one of the accompanists for rehearsals.

Throughout the years Amy, John and their brother, Arthur Lobb, supported each other with their differing styles of choral music, and when John died at the end of 1980, the Festival Choir’s silver jubilee year, it was Amy who took over as conductor and chorus master.

Fifteen years later she handed over the baton to another member of the extended family – Sue de Gruchy.

Like her brother before her, in 2000 Amy Luce was awarded the MBE in recognition of her services to the music of Jersey

The Jersey Festival Choir celebrated its 50th anniversary in 2006. 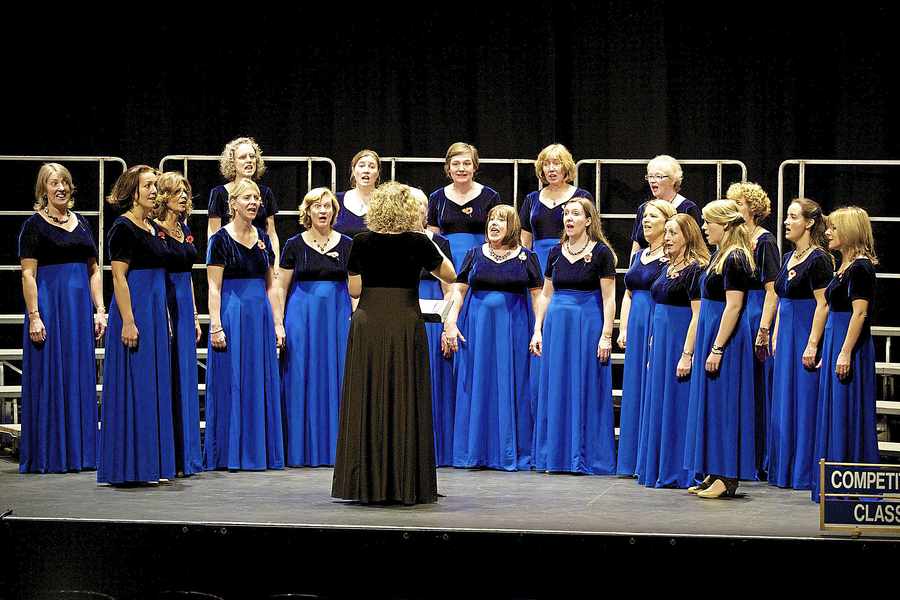