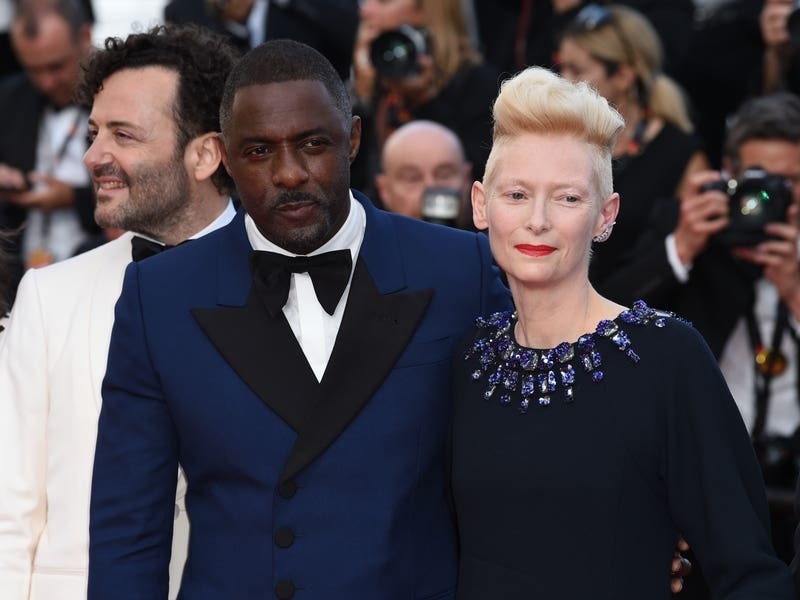 Idris Elba and Tilda Swinton have walked the Cannes Film Festival red carpet as they attended the premiere of their new film Three Thousand Years of Longing.

The Luther star, 49, adorned a midnight blue suit paired with a black bow tie while his co-star Swinton, 61, wore an elegant black gown with a blue embellished neckline.

The new fantasy epic sees Swinton play an academic, Alithea Binnie, who discovers a genie, portrayed by Elba, who offers her three wishes in exchange for his freedom.

Their conversation, in a hotel room in Istanbul where the scholar of mythology attends a conference, leads her to make a wish that surprises them both.

The red carpet proceedings were briefly interrupted as a woman stripped off her clothes to reveal the message “Stop raping us” written across her torso next to the blue and yellow colours of the Ukraine flag.

As she yelled “Don’t rape us!” security guards quickly encircled her and took her off the red carpet.

Russia’s attack on Ukraine has often been in the spotlight at this year’s festival, which is screening several films from Ukrainian filmmakers.

New biopic Elvis, in which Austen Butler portrays the king of rock and roll, will also launch at the festival in the south of France.

Despite being subject to heavy Covid-19 protocols in 2021, this year’s Cannes has largely done away with pandemic measures.