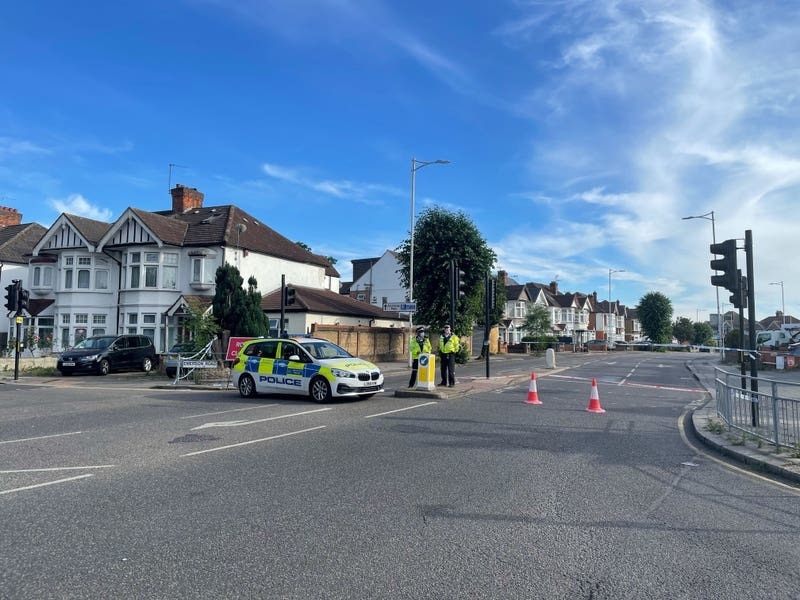 A 36-year-old woman has died after she suffered serious head injuries in “a horrific assault” in Ilford, east London, Scotland Yard said.

Police, who have launched a murder investigation, said the victim was walking along Cranbrook Road in the direction of Gants Hill Station when she was attacked.

The woman, who has not yet been formally identified, died in hospital on Sunday morning after being found injured in the early hours.

A police cordon remains in place at the scene, which is close to Valentines Park, with a section of Cranbrook Road closed to the public and only residents allowed through the cordon.

“The woman had been subjected to a horrific assault and sadly passed away as a result of her injuries.

“Urgent inquiries have been under way since the very early hours of Sunday morning to identify the woman. At this time formal identification is yet to take place but the woman’s family have been informed and are receiving support from specially trained officers.

“Teams of dedicated officers are working at pace to establish what happened and identify the person responsible. This includes full forensic examination of the scene and the surrounding area, house to house inquiries and a focus on identifying all available CCTV.

“No arrests have been made at this time.

“Local people will see a significant police presence in the area today and in the coming days.

“I understand that for women, particularly locally, this is an incredibly distressing incident, and I urge you to be alert but not alarmed.”

Detective Chief Inspector Mark Rogers, of the Met’s Specialist Crime North Command, is leading the investigation and said: “It is vital that my officers speak with every possible witness and everyone with information that may assist the investigation.

“We are appealing for anyone who was in the Cranbrook Road area of Ilford between 2am and 3am on Sunday morning to get in touch, including anyone who drove through the area and may have dashcam footage.

“We also want to hear from anyone who saw anything suspicious in the wider Ilford area overnight.”

Subhash, 60, who lives just off Cranbrook Road, said he was woken up by a helicopter at around 3am.

“It worries me a little bit that something like that is happening on my doorstep.”

He added: “It’s not just my daughter, it’s other daughters, other girls, other women in the area.

“It’s quite a serious matter, how safe are you in your own area?”

Anyone with information or footage, or any witnesses, are asked to call the major incident room on 0208 345 3715.

Alternatively, you can contact the independent charity Crimestoppers anonymously on 0800 555 111 or online at crimestoppers-uk.org. They will never ask your name and cannot trace your call, your IP address or the device you use.