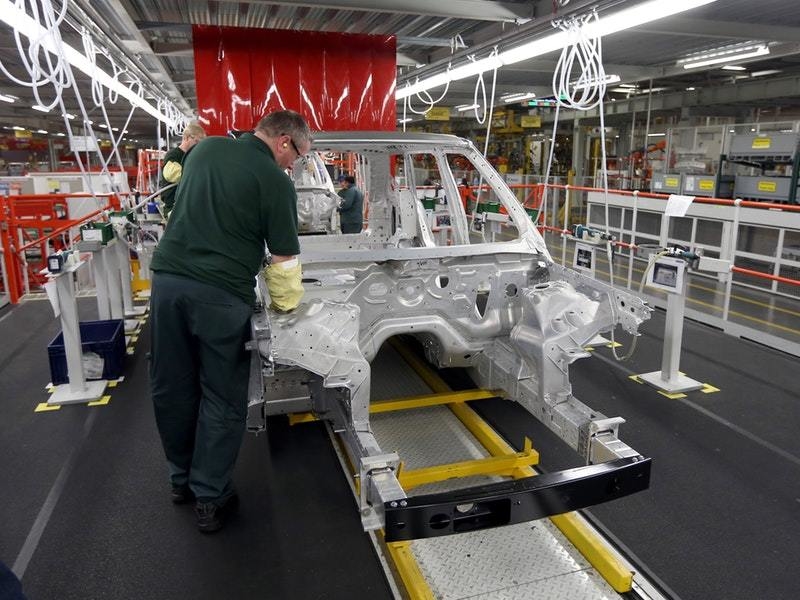 Jaguar Land Rover has announced it will cease production for two weeks after demand for its vehicles slumped.

The country’s biggest car-maker said the “fluctuating” global market triggered the decision to temporarily shut its Solihull plant from October 22.

On Monday, JLR also reported total retail sales of 57,114 vehicles in September, down 12.3% year-on-year despite strong sales for new models.

It comes off the back of plans to shift all production of its Discovery model to Slovakia from the West Midlands site, and a fall in demand for diesel cars amid concern over emissions.

The Unite union described the announcement as “deeply troubling”, although JLR employees’ jobs are not thought to be under threat. They will be paid while the plant is closed, and customer orders are expected to be fulfilled as planned.

A JLR spokesman said: “As part of the company’s continued strategy for profitable growth, Jaguar Land Rover is focused on achieving operational efficiencies and will align supply to reflect fluctuating demand globally as required.

“The decision to introduce a two-week shutdown period later this month at Solihull is one example of actions we are taking to achieve this.

“Customer orders in the system will not be impacted and employees affected will be paid for the duration of the shutdown.”

The industry has also warned of the impact of Brexit and a potential knock-on effect to sales following environmental concerns about diesel motors.

The firm said it was making “temporary adjustments” at its Solihull site, with the area’s MP saying staff had been placed on a three-day week until Christmas.

Unite national officer Des Quinn said: “Government ministers’ trashing of diesel, despite the UK making some of the cleanest engines in the world, combined with their shambolic handling of Brexit is damaging the UK car industry and the supply chain.

“Add into the mix the Government’s half-hearted support for the transition to electric and alternatively powered cars and you have a triple whammy facing the UK’s car workers.

“Over the past decade Jaguar Land Rover workers have worked tirelessly to turn the carmaker’s fortunes around. Ministers now risk turning them and their colleagues in the supply chain from hero to zero.”

Howard Beckett, Unite acting regional secretary, said: “News of the shutdown will be deeply troubling for JLR workers and their colleagues in the supply chain. JLR is a powerhouse of the West Midlands economy and a source for decent, well-paid jobs.