Alastair Christie, the Island’s Asian hornet co-ordinator, has confirmed that the team are in the last phases of trying to track down as many fertilised queens as they can before the creatures hibernate and re-emerge next spring to build new nests.

He said: ‘Sightings have gone down and the hornets are beginning to lose social cohesion. This could be in part down to the wet and cold weather disrupting their normal behaviour and methodical patterns, making them harder to track.

‘We would ask Islanders to keep looking out for any nests as we have managed to find a couple which contained a queen, which was about to emerge and leave the nest to hibernate. The more of next year’s generation we capture before they fatten up and hibernate, the better.’ 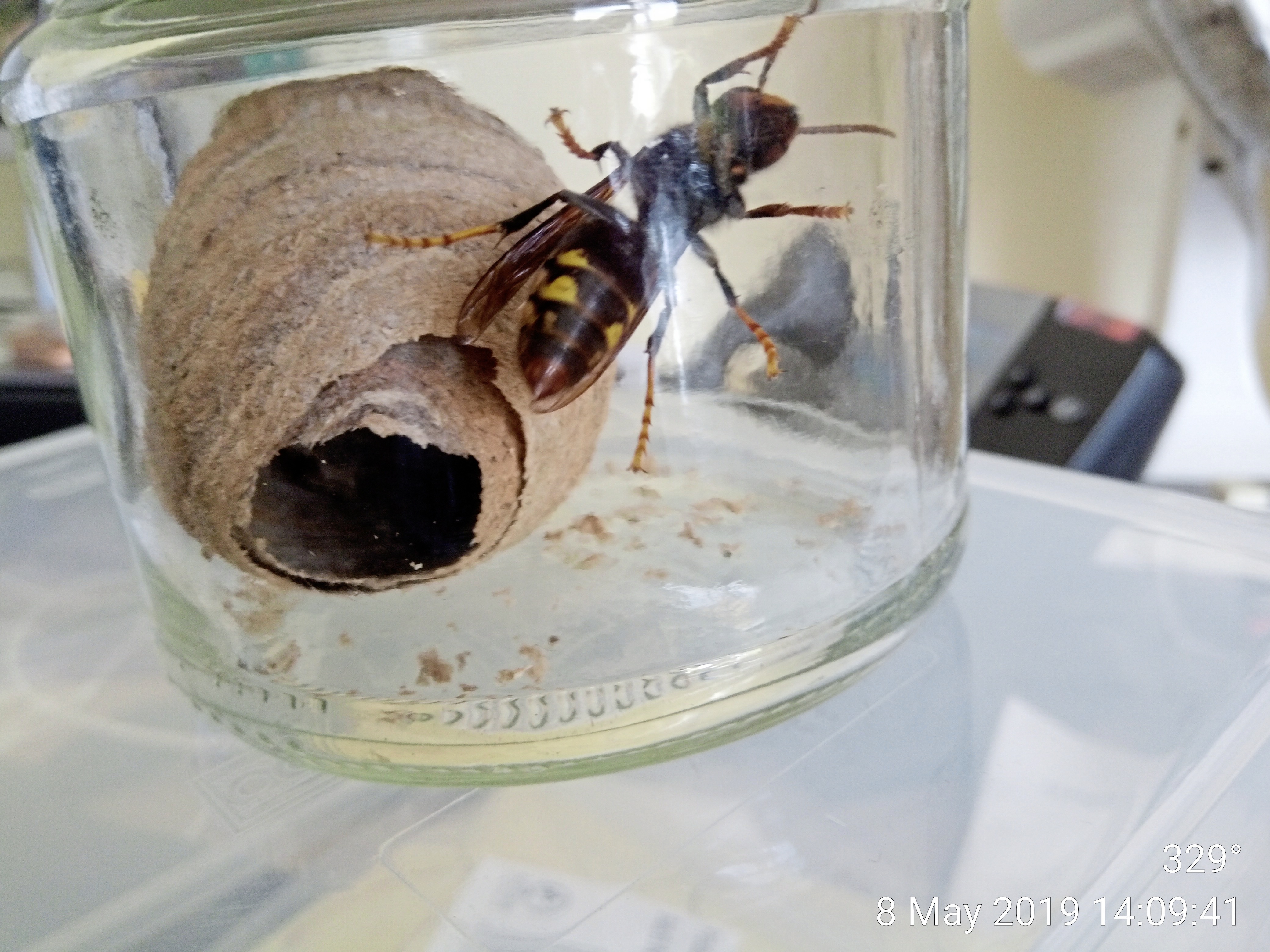 Mr Christie was recently trained by an Asian hornet expert from Exeter University in how to attach small tracking devices to the creatures in order to find more nests. He said the process was ‘quite tricky’ and took a lot of practice.

According to Mr Christie the main hotspots for Asian hornet sightings this year have been Rozel and St Brelade.

Since it arrived from the Far East in the French
port of Marseilles in 2004, the Asian hornet
has spread through France and into Spain, Italy and Germany. A single insect was sighted in Jersey in August 2016 and, by last year, the local population had exploded from 11 nests to more than 50 colonies in 2017.

A total of 79 nests have been found in Jersey this year while 55 nests were destroyed in 2018.

Hornets can pose a serious risk to local bee populations.