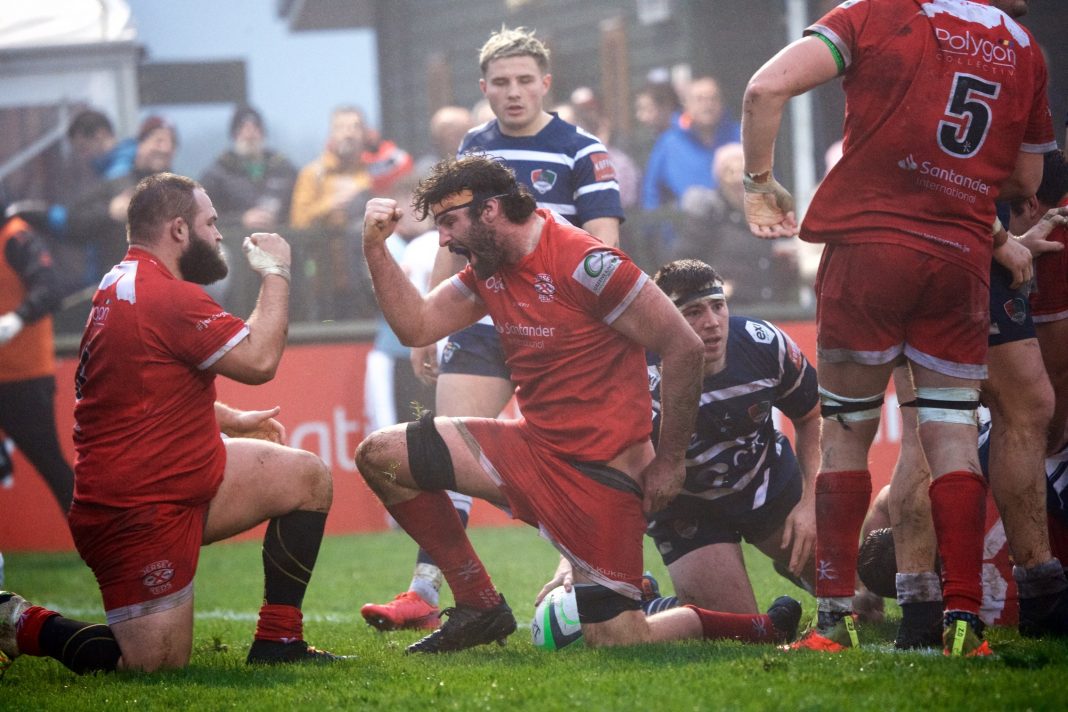 The former Scotland U19 cap bagged a first-half hat-trick against Coventry at St Peter to help the Islanders secure their sixth try-scoring bonus point from nine games this season.

Jersey let slip a 29-3 lead during a wet and foggy second period but held on for a 29-24 success. They had earlier celebrated further scores through Eoghan Clarke and a penalty try.

‘We can only get five points and we got five points. That’s the most important thing,’ said Biljon, the Reds’ director of rugby.

‘The first half was excellent but in the second half we didn’t stick to task. We tried to play a little bit because we thought we had the advantage but in those conditions you’re never going to be on the right side of that. That will be a big learning to take away for this group. It’s about territory in these conditions.’

He added: ‘They were great scores and there was a great work ethic from him [Brown] to get those scores.It’s all the unseen stuff he does that gave him the opportunities to get those tries.’